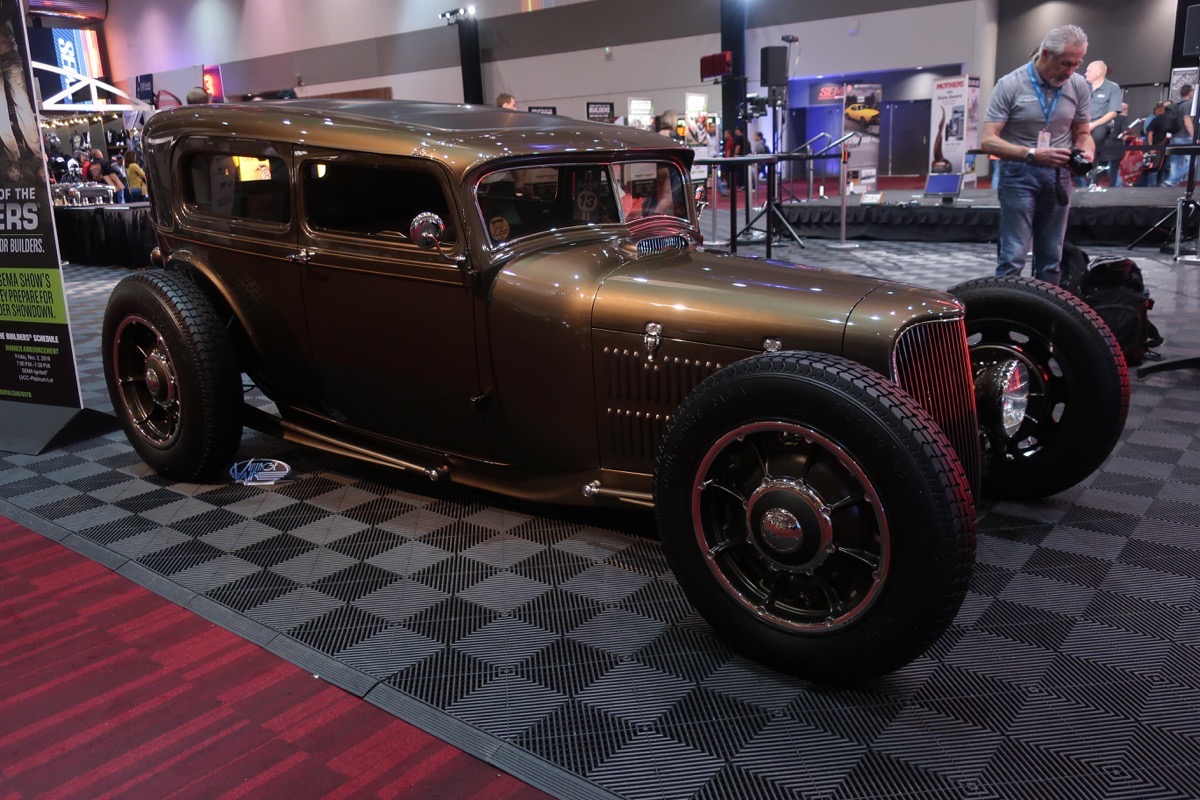 (Photos by the author) – We’re back with more cars and trucks from the 2018 SEMA show floor. This year’s show was packed full of the kind of excitement and anticipation that we have been waiting to see for a couple of years. An improving economy, investment in new products, and creative people getting their shot to show off their talents all added up to a monster of an event that people will be talking about until next November.

The cars and trucks in this gallery include some of our personal favorites including the Cheetah with the V12 LS engine in it and Joe Schubeck’s roadster that packs an award winning engine. The award was the Master of Motors given by JE Pistons and the engine is a 904ci, dual overhead camshaft hemi that Schubeck designed and built from scratch some 20 years ago. It has a 4.9″ bore and a 6″ stroke and the original idea was a smaller engine for top fuel racing but he expanded the concept and the thing makes huge power and torque while naturally aspirated.

I was one of the judges of the contest and it was amazing to be able to give a guy like Joe Schubeck and award like that after he has done such incredible things in hot rodding and drag racing. There’s also a disguised Gen III Hemi that you may like as well!

One thought on “2018 SEMA Show Coverage: The Endless Stream of Cars and Truck Just Keeps On Coming!”