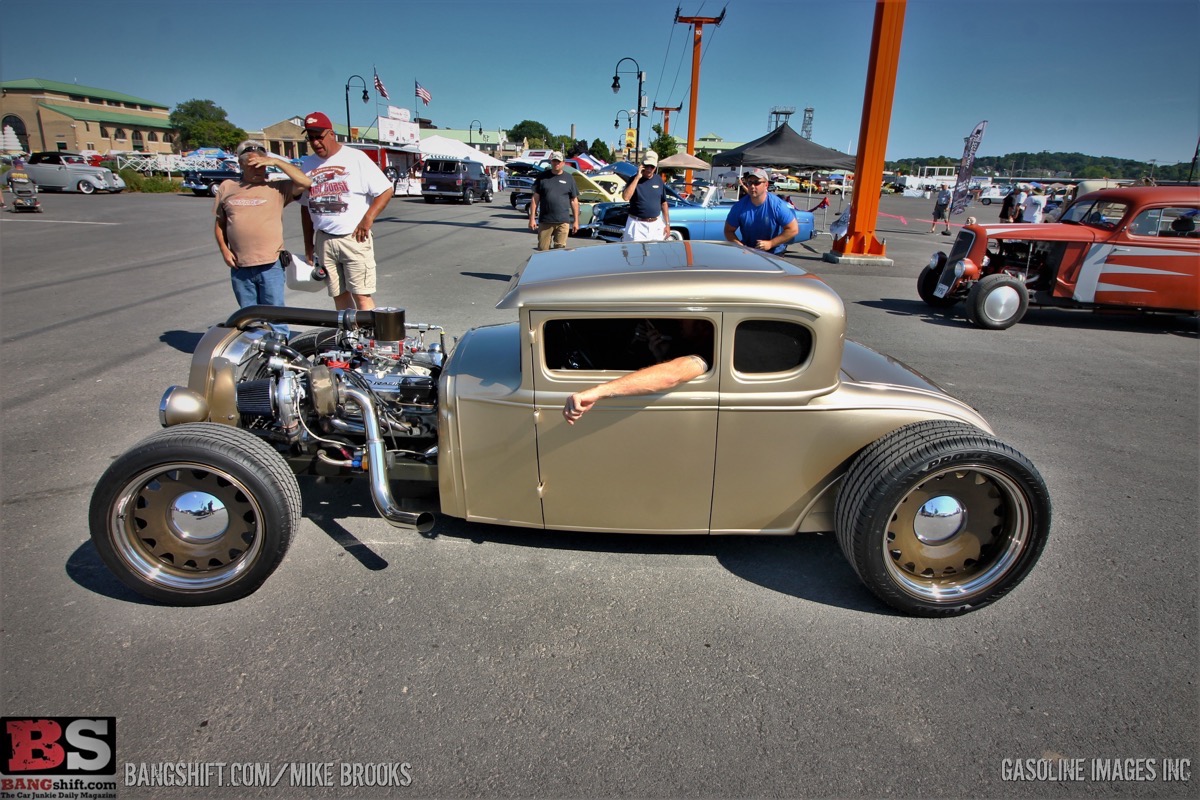 (Photos by Mike Brooks) – We’re back with more Mike Brooks images from the 2018 Syracuse Nationals. You’ll notice the greenery, the lack of gray skies, and the distinct lack of snow that would make you think that these photos were not taken in the fall or early winter. You are right! These photos were taken last summer by Mike Brooks and I somehow managed to lose them under my stack of assorted emails and memes. Epic fail. BUT, in some ways a win because it’s a nice distraction from the realities of winter that we are living in now.

Hot rods, slammed trucks, Cadillacs, muscle cars, and 1980s cars and trucks are all part of the massive Syracuse Nationals. Hell, funny cars are as well! These guys had the Frantic Ford on the grounds of the event and there’s images of that bad boy in here as well.

Enjoy the photos we will have more tomorrow!

If you missed part one, here’s the the link!

OPGI Is Coming Out With Modern Cadillac Catalogs: PRE-ORDER YOURS TODAY 2018 In Photos: David Whealon Shares His Favorite Images (Part 5)