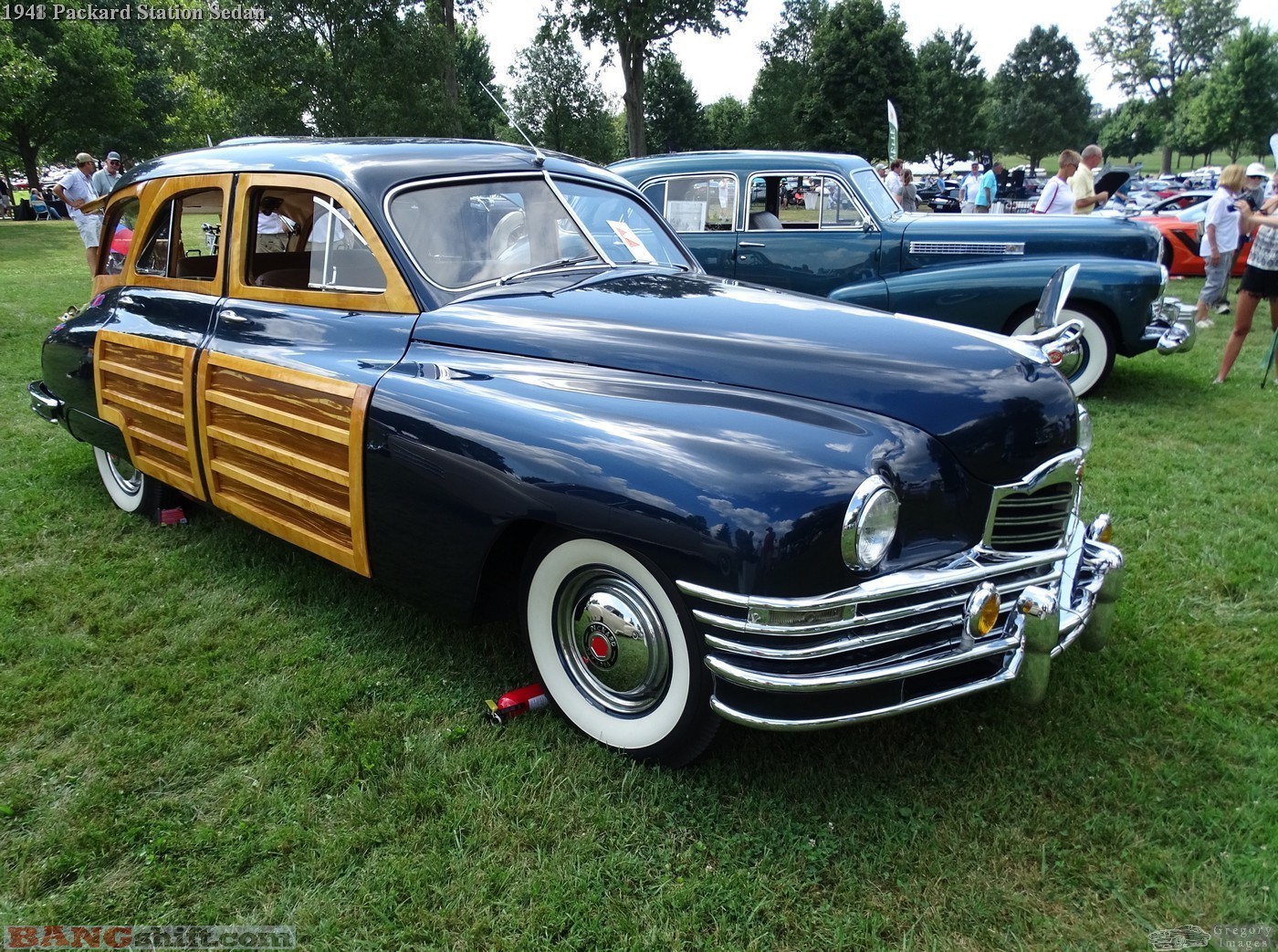 (Words and photos by Doug Gregory) – The photos are not properly ordered or grouped per their respective class at the Concours.  I wondered around trying get photos of cars people weren’t swarming at that moment.  That means I didn’t get several cars that were always covered up with admirers.  This gallery contains vehicles mostly of the late 40s through the 50s that didn’t go into other pools.

Most of you will recognize the majority of these rides and be able to guess the year and/or trim level with a decent degree of accuracy.  I knew a little about every one of these minus one.  That ’57 Chevy El Morocco is something I hadn’t previously seen or heard of.  I did a bit of research and was impressed by what I found.

Essentially a businessman (Ruben Allender) wanted to ‘build’ his own marque of automobile.  He had a string of Cadillacs and loved the styling and his goal was to build a lower-cost rendition of the Eldorado.  He planned to start building them in 1955, but things didn’t get rolling until 1956.  Very few were made in both 1956 and 1957.  While they did cost less than Cadillac they were quite a bit more than the Bel Air and 210 Chevy models they’re based on.  These cars were titled as an ‘El Morocco’ and equate to being a mass-produced mild custom with all modifications being only skin deep.  Due to the low production numbers and the quirkiness of the build these are actually prized by collectors these days.  I don’t know if GM sold them the vehicles at a special price or how that deal worked.  If anyone knows more please chime in.

More to come from the Keeneland Concours so check back in soon.

Short Wheelbase, Long Crash: Check Out This Mini-Mod Getting Piled Up In Germany Great Read: This 1981 Profile Of Mickey Thompson Is Informative, Wacky, Raw, and Real