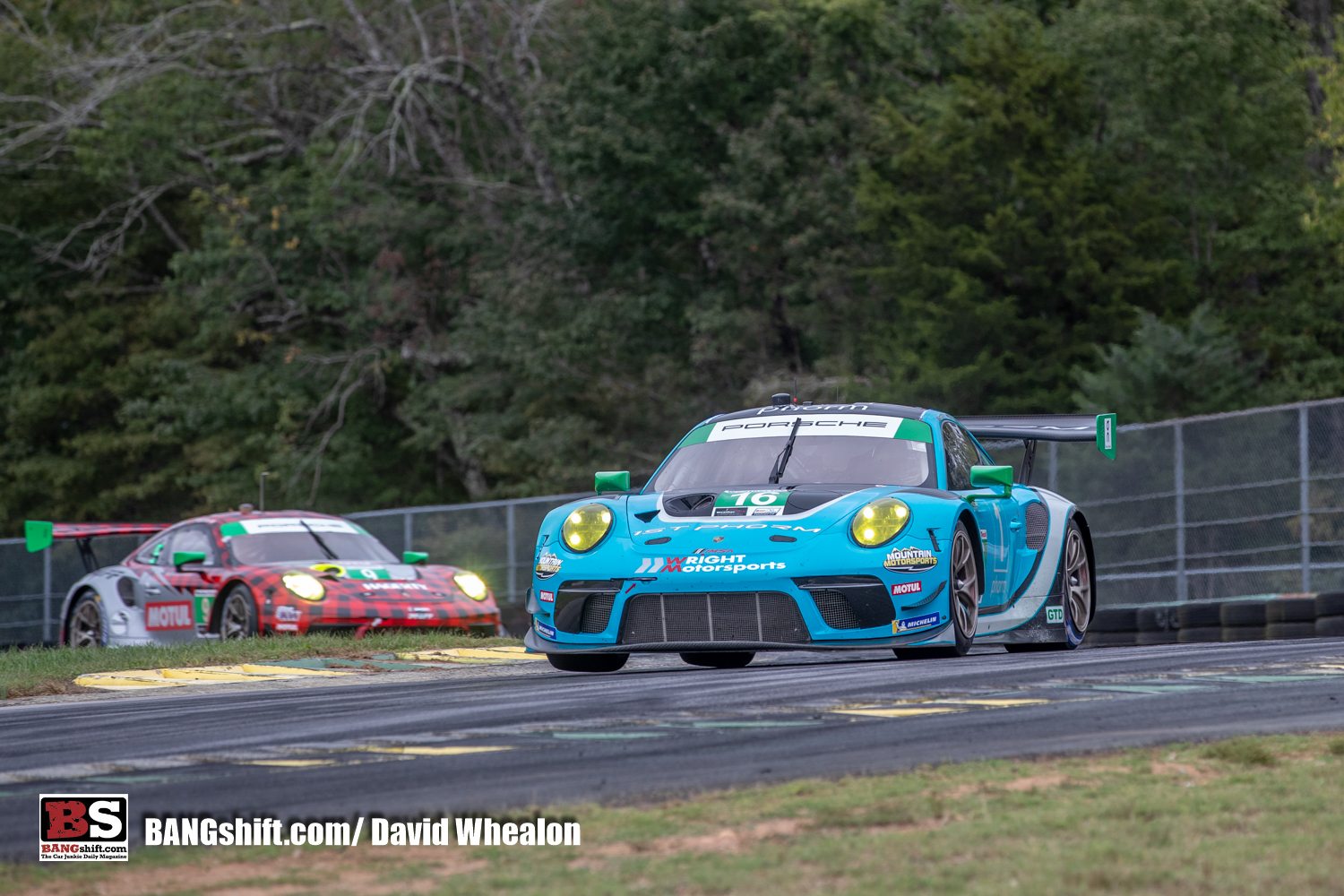 (Photos by David Whealon) – VIR is a unique venue for IMSA because it is one of a handful of GT only races that do not include the prototypes that exhibit the highest level of IMSA competition. This said, when the GT cars get to be the stars, they put on an awesome show. Being that this is a late season race which sets up the Petit Le Mans at Road Atlanta to close out the season, there are always championship implications surrounding VIR.

How cool is it that we’ve been showing you so many different forms of racing from the same track over the last few weeks. The thundering Trans-Am cars, the historic look of SVRA racing, and now the pinnacle road racing series in America, IMSA. With new classes and packages on the way in the coming years, IMSA is doing well to keep the sport fresh and relevant. Hell, just look at these bad ass GT cars!

Nick Tandy and Tommy Milner won this race in their Corvette after battling the Porsches all race. There was a great turnout and this staple event will surely be back on the tour next year.

Gene Winfield Car Show Photos: Our Final Gallery Of Bitchin Rides From The Iconic Rod Tossers Show Perfect Storm: The Story Of How IndyCar Created Their Own Worst Nightmare In Las Vegas 2011