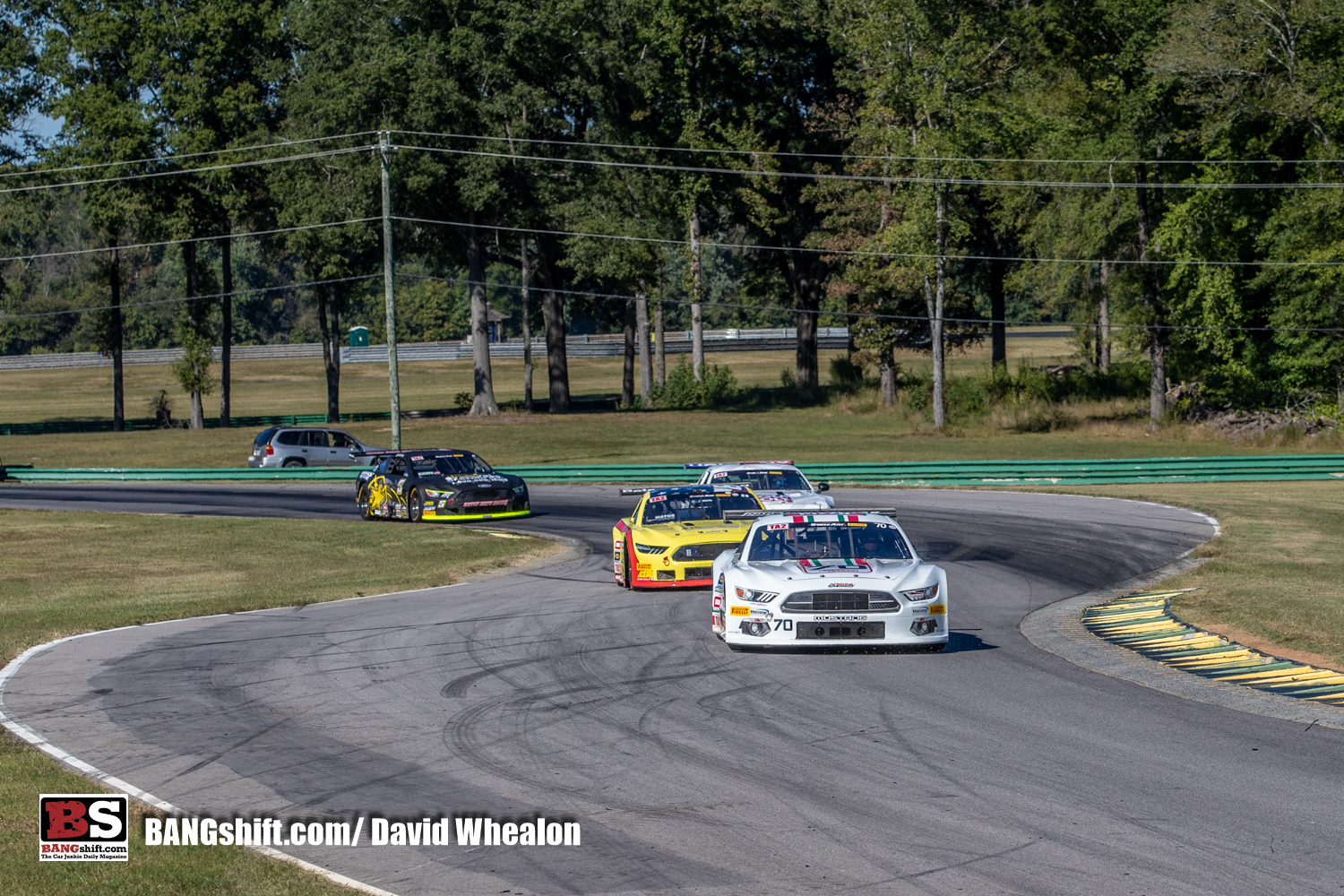 (Photos by David Whealon) – We’re back with more great David Whealon images from the 2021 Pirelli Trans-Am Series race which was recently held at Virginia International Raceway. These are big, relatively heavy, thundering V8 powered cars that can really get with the program when the hammer is down. Well, there are also some non-V8 powered cars involved from the likes of Porsche which is kind of awesome for the variety of the series. You’ll see Fords, Dodges, Chevrolets, a Cadillac, and yes, the previously mentioned German hot rods as well.

VIR is one gem of a road course and has been for decades. Improvements continue to be made to the facility and it stays one of the busiest race tracks on the East Coast. This weekend the IMSA series will be there with more sportscar action on the elevation changes and bends.

These Trans-Am cars are cool because like the Formula 5000 cars we talked about earlier today, they can really chew up a road course and they do not require the budgets that the IMSA cars do. SCCA sanctions the series and they run all over the country.

Sideways, hammer down action below!

Big Fun At The Drags: More Photos From The 2021 Duct Tape Drags At Tucson Dragway Done Right: This 1992 Chevy Truck Is On Ridetech Suspension and Packs LSA Power!