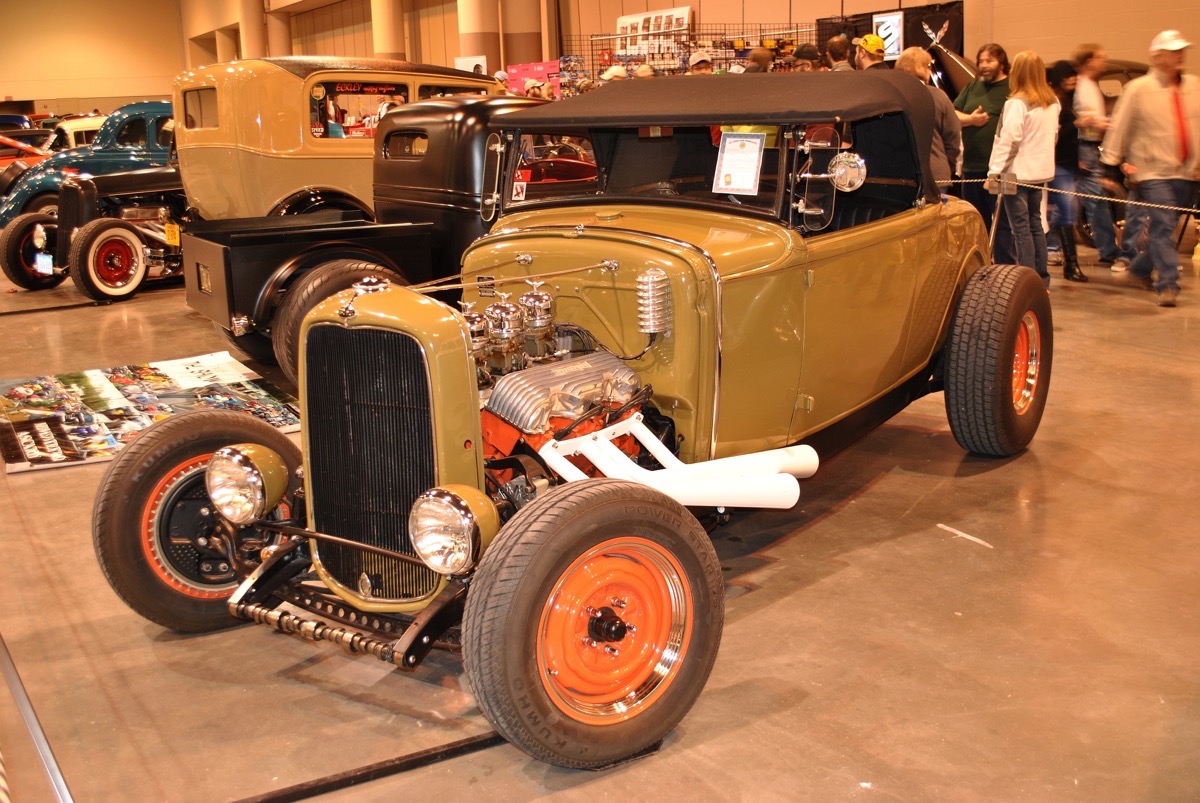 (Photos by Scott Liggett) – The hit parade from Omaha keeps right on rolling as we’re sharing another load of Scott’s photos from the 2018 Omaha Autorama. After returning home to live in Nebraska after a long stint living in California, we’re pretty sure that this was the first time he’s had cabin fever bad enough to hop in in car to drive for a few hours to see hot rods and muscle cars on display. That’s cool. What’s also cool is that Scott bagged out of California to take a job at BluePrint Engines so if you ever have reason to call those guys up for a motor or some trick parts, it could be Scott on the other end of the phone giving you technical information or asking about your stuff. Neat, right?

This gallery has all kinds of stuff in it from the cool to some cars that may make you taste breakfast again. Beauty is in the eye of the beer-holder and some of this stuff looks like it was constructed by a chorus of them.