Viva Las Vegas 2018 Photo Coverage: Wagons Ho! Here Are Some Of The Most BangShifty Long Roofs We Saw 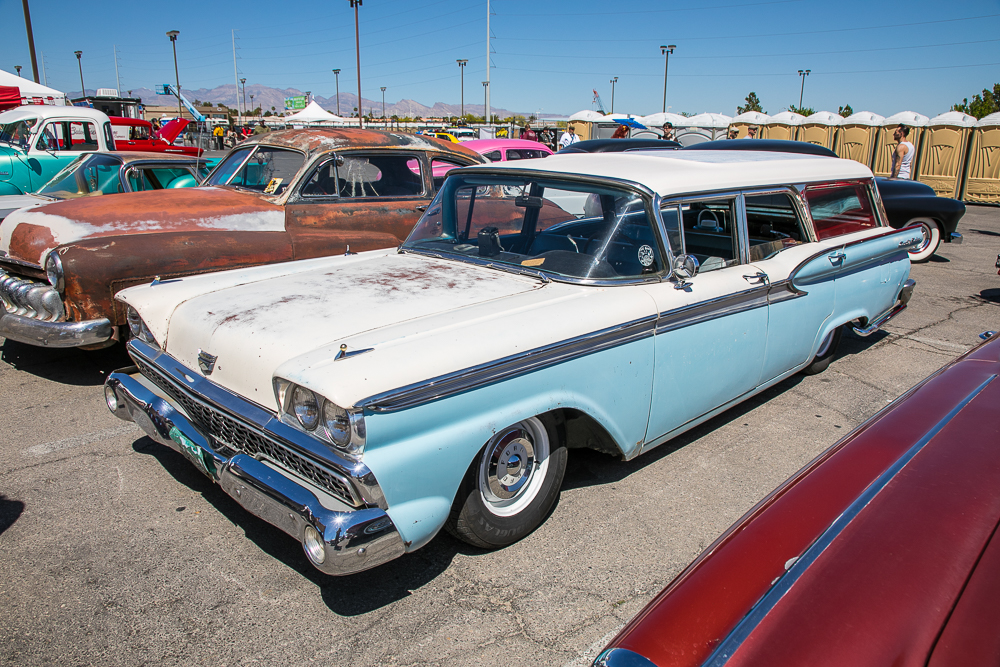 (Photos by Wes Allison) – It is funny how things change over time. The cars you see in the gallery below were certainly not “cool” when they were first released. They were machines people wanted to avoid like ambulances and hearses, machines people worked in like sedan deliveries, and machines that kids slouched down in the back of while being picked up from school in.

Station wagons and working cars have grown on the cool scale over the years because they are not just the typical car. The station wagon has played varying roles in the American automotive culture over the decades. They have been workhorses and family haulers and today they are all but extinct. Outside of a couple models from a handful of manufacturers which don’t even have the guts to call them station wagons, no one makes ’em. Replaced by a sea of CUVs which are smaller and less comfortable not to mention less capable and interesting, it is a said time in station wagon history.

All the more reason to LOVE the wagons below. Click the images to expand them and enjoy all that long-roofed fun.

Do You Race A Modified? AFCO Has Your 1968-1972 Chevelle Frame Needs Covered Viva Las Vegas 2018: You've Seen Some Cool Stuff So Far But Here Comes The Flood Of Photos!