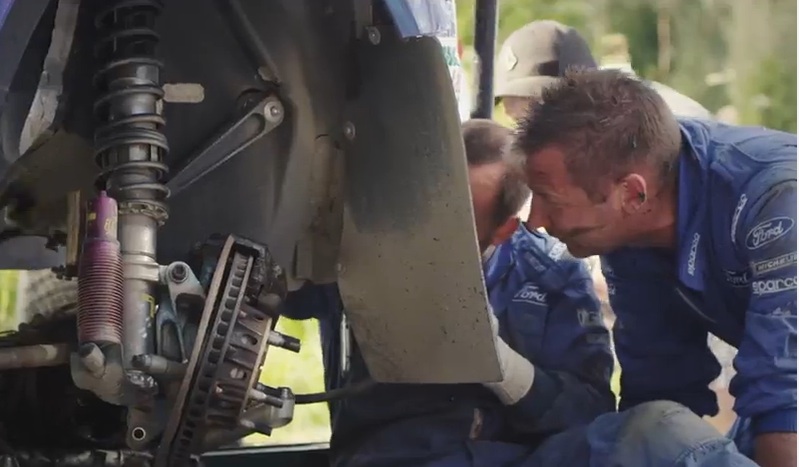 One of the things I always try to do when I am announcing a race or just hanging around racers is to acknowledge the work that the crew guys are putting in. This is true in any form of racing from the drags to NASCAR, rally, road racing, etc. Owners get to sweat the business side of things, drivers tend to sweat the publicity and fame side of things, and the crew men and women just sweat. They work in all weather, all hours, and they do it because they are obsessed with winning and because they are obsessed with their chosen discipline of racing. This is a pretty short video but it does with images what people can rarely (if ever!) do with words and that is to illustrate the gritty and hardcore world that crew people live in. I’ll admit to often feeling like a horse’s ass walking into the pits at an NHRA event in my nice uniform to speak to someone on a team only to see people thrashing and working so hard they don’t realize they are soaked in sweat, oil, and whatever else they have been laying in.

Perhaps the best compliment we can give this video is that crew people who we have showed it to are into it. If they dig it than we think it is 100% BangShift approved. After all, they’d be the harshest critics of all and often times when we’re asking them how they do it, they shrug smile and tell us that they wouldn’t want to be anywhere else in the world. Horrendous hours, questionable pay, and all!

PRESS PLAY BELOW TO SEE THIS GREAT VIDEO FROM FORD RACING –

Which One Of These Parts Store Accessories Would You Rather Have In Your Car? The Hybrid You'd Actually Want: A Pulling Tractor With Twin 38.8L V-12 Turbodiesels and a 526 Hemi