Cool Video: This Look Back At The Astounding Callaway Sledgehammer Corvette Is Great 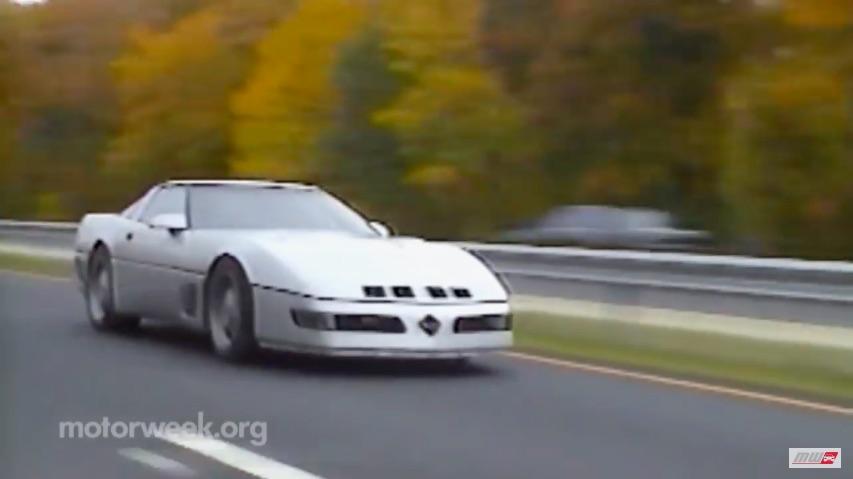 It seems like an impossibility, right? A Corvette built in 1988 was the world’s most heroic sports car in terms of top speed for decades? And the thing was a freaking Corvette with a small block Chevy in it? And the car went 254mph! And it was made by a pluggy little company in Connecticut! Yes, the astounding Callaway Sledgehammer Corvette was one of the great automotive achievements during a decade that did not have a whole lot to celebrate. The video below was made by the people at MotorWeek and it is a really cool look at the car, not only as it was but as it is today.

The custom bodywork was neat an the special, one-off Goodyear tires were cool but it is the little twin turbocharged Chevy small block that really spins our crank. While 900hp is nothing to shake a stick at, the number does stands as a reminder of how spoiled we are today. People make 900hp falling out of bed today. There was likely some really exotic (for the day) stuff stuck in that little 23-degree headed engine. Stuff like the port fuel injection and whatever computer was controlling it, was really whiz-bang in 1988 and as you can see in the video, required the used of what seems to be the world’s first laptop computer. Tuning the thing was certainly not like tweaking your Holley or FAST EFI fuel system today. The other thing that blew the minds of the day was the fact that the car be and was street driven. The Sledgehammer was truly a harbinger of the automotive future to come in the following decades.

The last fascinating thing about the Sledgehammer was the person who drove it to the 254mph speed. The late John Lingenfelter was the pilot on that fateful day. He’d run later Corvettes of his own construction over 220mph in the following years.

This is a cool video on one of the neatest cars of the last 50 years.

Watch this killer video on the king of the 1980s, the Callaway Sledgehammer!

One thought on “Cool Video: This Look Back At The Astounding Callaway Sledgehammer Corvette Is Great”