Power Down: Aussie Supercar Series May Look To Lighten Financial Burden on Teams With Less Horsepower 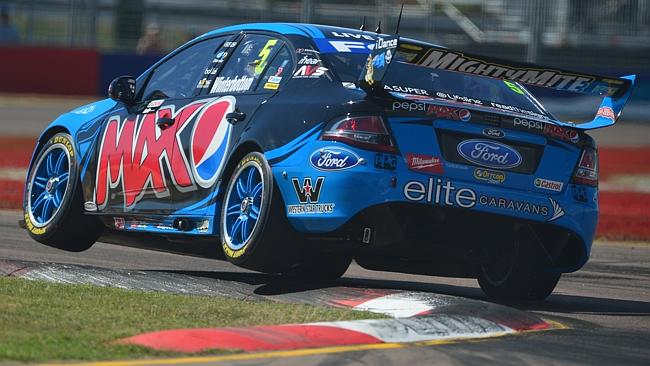 Well, cost cutting in racing is apparently not just a North American thing these days as teams in the Australian Supercar series are looking to do the same thing and the organization that operates the series is thinking that the engines will be the first place to start. Apparently today’s cars make about 620-630hp in their current form. Nissans use the 5.6L overhead cam V8 that we can find in their trucks. Ford and Chevrolet use five liter engines that employ pushrods. We’re guessing traditional Cleveland or Windsor style small blocks are the order of the day as Ford does not produce a pushrod at the moment (the 7.3L gasser job is coming soon).

By reducing the horsepower or by making it in a cheaper fashion, the series hopes to reduce the cost of entry and cost of competition through a season. Apparently some teams are paying more than $120,000 a piece for their engines. We do realize that this is road racing and we do realize that it is competitive but $120,000 for a durable 620hp small block? What the hell?

Other options are being bandied about like smaller displacement V8 engines with turbochargers, maybe employing superchargers to make the power. Anything that can be done to extend service life and reduce purchase price is apparently being considered. Holden ran a twin turbocharged V6 for a short time but it was cancelled in 2017.

We dig this series, even though we watch from afar and as long as the cars sound bad ass and race as tightly as they currently do, giving them a horsepower haircut won’t be too much of a catastrophe in our estimation.

Got Skills? Watch This Bulldozer Operator Stack Tires Around A Stake Using The Blade Of His Machine Video: This Is What Dag Racing Looked Like In Detroit Back In 1953 - Michigan Hot Rod Association Action