BangShift Approved Video? This Blown V8 Powered M3 Makes Some Big Suds At The Wheels And Hits The Strip 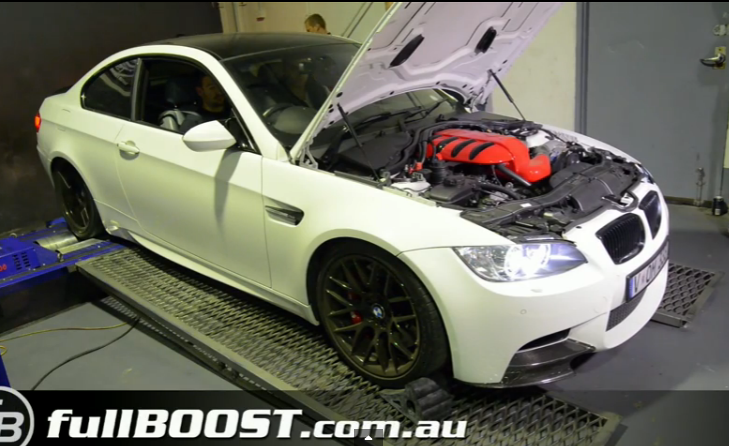 First things first. There is not an LS engine in this M3. This is a factory V8 powered M3 that has been warmed up with a centrifugal blower bolted to the front of the engine and it sounds pretty nasty at full song on the rollers. It also sounds pretty mean at the drags which the car is shown running at during the tail end of the video. All of these things are nice and I know if I were writing them about a Chevelle there’s be no question regarding the Bangshifty-ness of said car, but since this is a BMW, I am interested in whether or not the car is BangShift approved?

Blown V8, 500+ at the tires, super refined factory suspension package, etc. The downside is that an M3 is a big dollar car and we can only imagine the thousands and thousands of dollars the blower kit ran the owner to boot. I got the business for my story on the Equus a few months back after talking about its 430hp V8, which drives the right set of wheels but seems to be from the wrong country of origin. Does the BMW suffer the same fate? Would this car be “better” with an LS in it? Is the badge and the window sticker enough to make it suck?

Sharing my own opinion on this one, I’d drive the wheels off of it and would probably have to after burning the tires down the cords on the first day.

PRESS PLAY BELOW TO SEE THE SIGHTS AND HEAR THE SOUNDS OF THIS BAD BEEMER….BANGSHIFT APPROVED?

7 thoughts on “BangShift Approved Video? This Blown V8 Powered M3 Makes Some Big Suds At The Wheels And Hits The Strip”