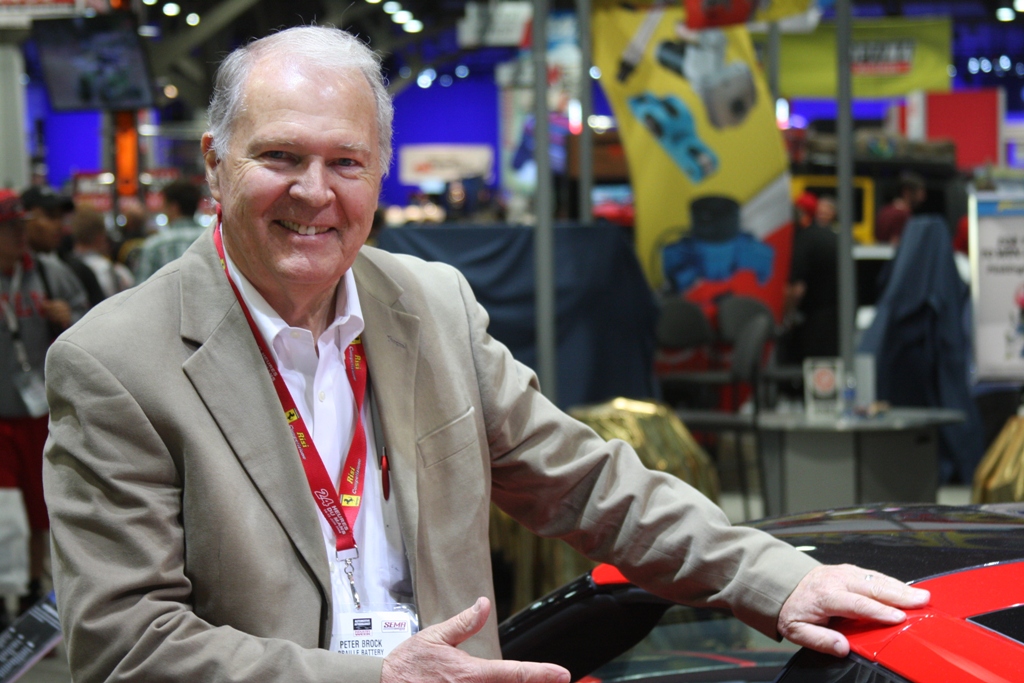 Pete Brock is a living American automotive treasure and we were fortunate enough to encounter him virtually by chance on the 2013 SEMA Show floor while speaking with Dr. Jamie Meyer of Chevrolet Performance. It was fitting to meet Brock in this location as his storied career as one of the great American automotive designers began when he was just 19 years old at Chevrolet. Brock shot to automotive stardom when it was his sketches that were chosen in 1957 to serve as the basis for what would become one of the great legacies in American automotive history, the Corvette Sting Ray. Incidentally, Brock was the youngest designer ever hired by Chevrolet. He was plucked out of California’s Art Center College of Design and soon found himself working under Bill Mitchell.

As you will hear Brock mention in this audio clip below, the corporate racing ban should have killed the Corvette Sting Ray project but Mitchell was not going to let it die that easily. Working in a secret room off of a design studio, Brock and Mitchell crafted the models and visual prototype of the first Sting Ray in 1958. Brock left GM in 1959 but the car would be released in 1963 and stand as one of the most sensational things that GM had ever done to that point or frankly ever.

After he left GM and returned to California, Brock worked for Max Balchowski of “Ol’ Yeller” road racing car fame and then seemingly fell into a job working for Carroll Shelby running Shelby’s newly formed School of High Performance Driving which was conducted at the now dead Riverside Raceway. Brock then went on to work for Shelby in a design capacity working on logos, ads, paint schemes, merchandise, and most importantly cars like the Shelby Daytona coupe. Brock then went on to form his famous BRE (Brock Racing Enterprises) team and collect four championships along the way racing with Datsun.

The fact is that the man was responsible for two of the most iconic shapes that car guys all around the world know. There isn’t anyone alive that is remotely into cars that can’t identify a 1963 Corvette. Similarly, there isn’t anyone above ground that doesn’t know what a Shelby Daytona coupe is and what those cars managed to do to the blood pressure level of the Italians and other European teams that they cleaned the clocks of. He worked alongside men like Zora Arkus-Duntov and Phil Remington. What more can we say? It was an honor getting a few minutes of his time during the quiet closing moments of the show on Thursday to record this audio below.

Note: I may sound like a total fan-boy/honk at the end of this audio clip, but that’s only because I am. The voice you can hear more faintly in the background is Dr. Jamie Meyer of Chevrolet Performance. After Pete was done speaking and had moved on, we both looked at each other and said, “That just happened!” — The moment was not and never will be lost on me. It was awesome, in the proper sense of the word.

PRESS PLAY BELOW TO HEAR PETE BROCK TALK ABOUT THE NEW C7 CORVETTE AND ITS DESIGN! 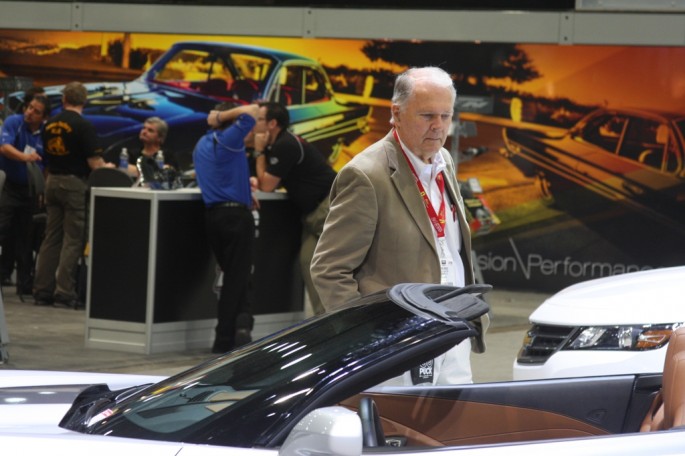 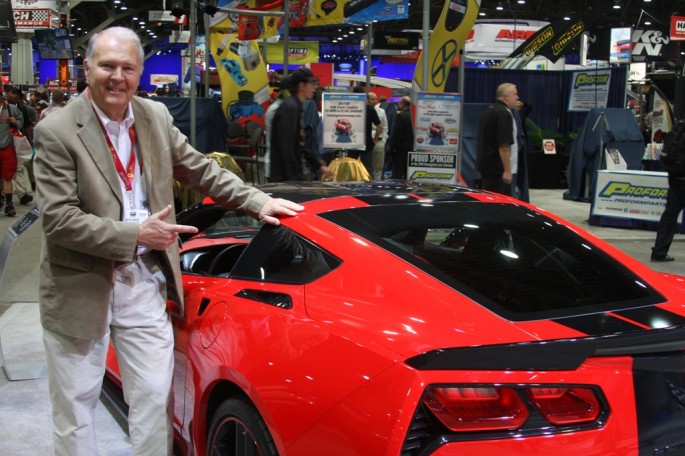 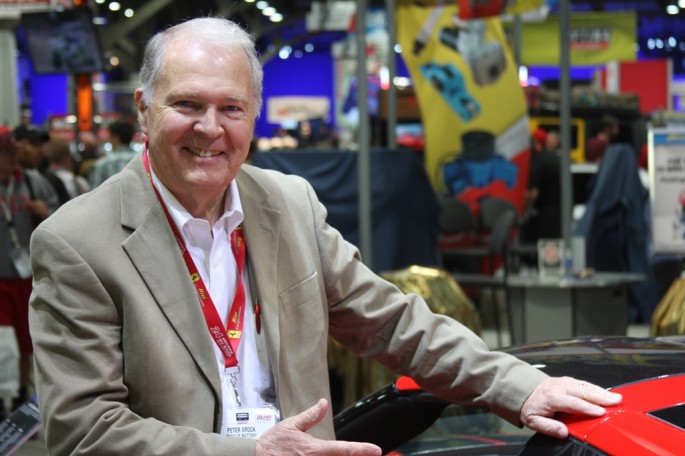