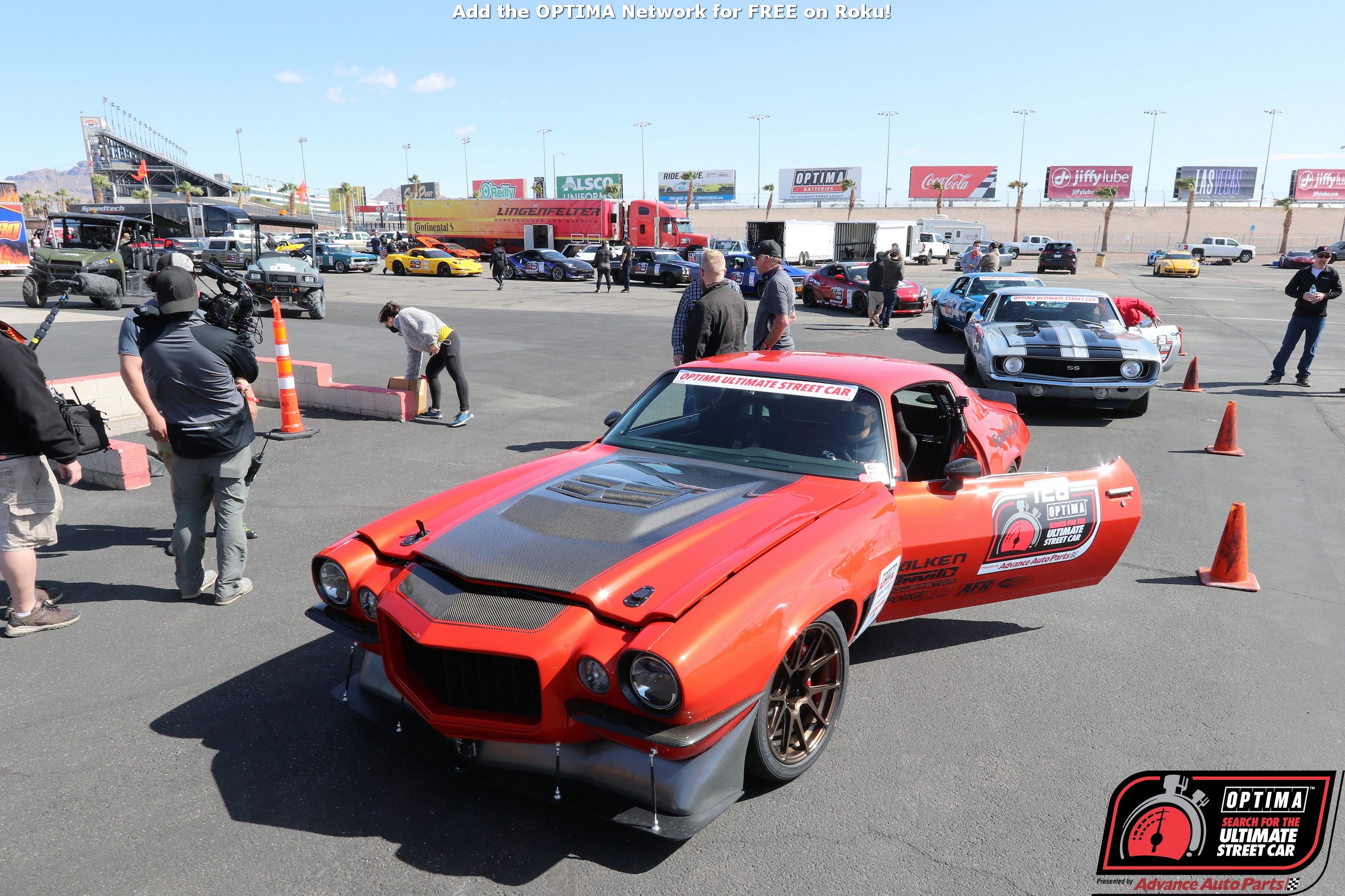 (Words by Jim McIlvaine) Season eight for OPTIMA’s Search for the Ultimate Street Car, presented by Advance Auto Parts, tipped off at Las Vegas Motor Speedway on March 20th and a full field of competitors were more than ready to take to the track after a long winter break. The big news for the 2021 season was the introduction of the No-Limit Engineering GTT Class for trucks and seven found their way to the track for the opening weekend, with another seven signed up so far to battle for the points championship at future events.


Another change for  the 2021 season relaxed aero rules for cars that came from the factory with active aero. Previously, those cars had to run in the Outlaw Class, which is not eligible for the OPTIMA Ultimate Street Car Invitational (OUSCI) title, but they are now allowed to compete in classes eligible for that title. While active aero is still largely found in supercars, this change may result in the first appearance of lesser-known models that also offered these features, including the Mitsubishi 3000GT and Chrysler Crossfire. If you think those cars are unlikely to show up, keep in mind this series already has a Pontiac Vibe and Ford Probe competing.

Peak Performance is also now onboard as a sponsor for the 2021 season and we’re hearing rumblings that a Christmas tree and reaction times will soon be a part of the equation in what was formerly-known as the Speed Stop Challenge and is now known as the Peak Performance Challenge. Summit Racing Equipment is also now the sponsor of the Spirit of the Event award, given to the competitor, who most exemplifies what this series is all about- enjoying friendly competition and fellowship with people who share a passion for enjoying their vehicles.

With this award comes an invitation to the SEMA Show and the OUSCI, so it’s a pretty cool deal and Canadian Dave Dash was chosen in Las Vegas. If you are wondering how he qualified for that honor, ignore the fact that the round trip was nearly 3,000 miles. Ask anyone who tried to move a vehicle across the Canadian border in the last few months what that ordeal was like and you’ll begin to appreciate Dash’s Herculean effort.

Even though the series has been around for quite a while, there is no shortage of rookie drivers at each event. Vegas had a whopping 16 first-timers, although we use that term lightly, as most have prior experience somewhere else. That was certainly the case for Dave Schotz, who took home the TCI Engineering First Timer’s Award (and a full refund on his entry fee). Schotz owns seven SCCA Solo National Championship titles and is the winningest driver in NASA history with 17 national championships. He’s scheduled to run again at Willow Springs later this season and we wouldn’t be surprised to see him take home a class win at that event.

While many of these events sell out well in advance, a few still have some space available if you’re interested in having a ridiculously great time behind the wheel of your car, with some like-minded folks. The next stop is New Orleans on April 10th and 11th, which is a destination worth reaching on it’s own, but we can’t think of a better excuse to hit the road. If you still need some convincing, check out the photo gallery below and then sign up at www.DriveOPTIMA.com

One thought on “Ultimate Street Cars Back In Action: The Best The West Has To Offer Invade Las Vegas!”