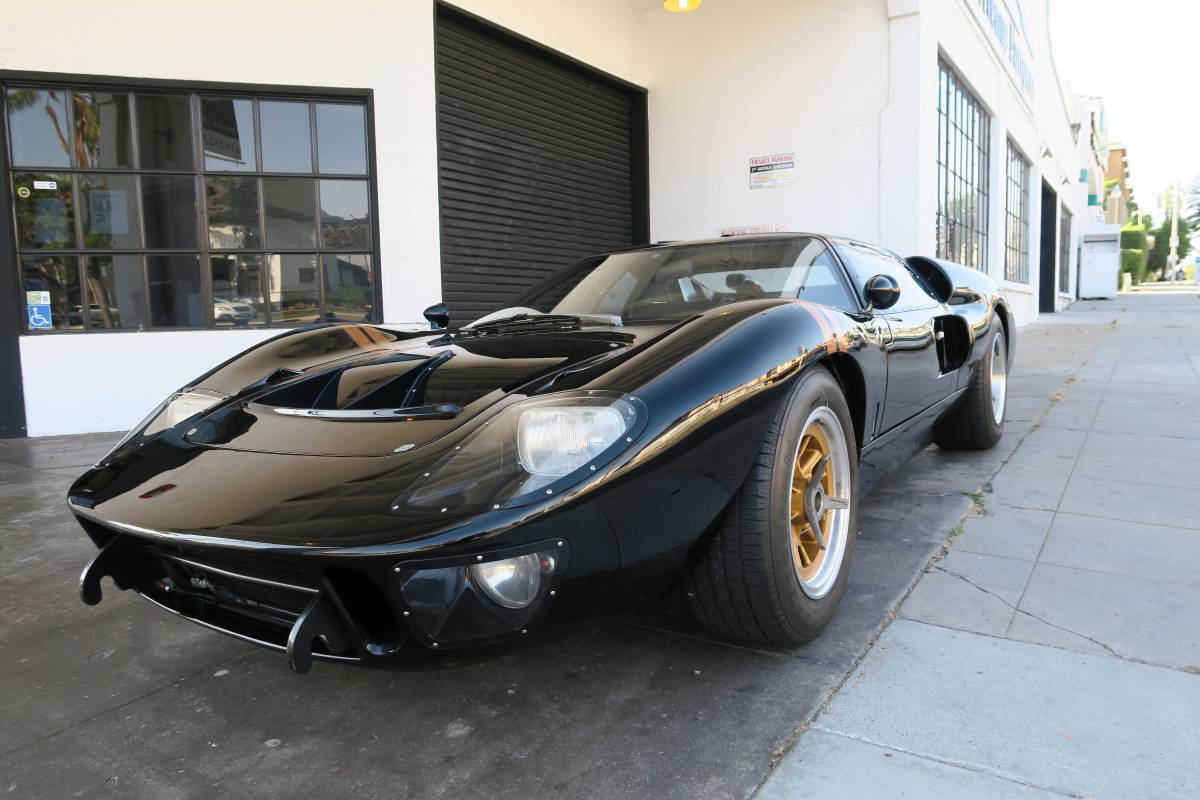 I’m not asking to bag on the people selling it, cause it might just be worth that kind of money, it’s just not worth that much to me. Mostly because it is so pretty that I would be afraid to do anything with it for fear of making it ugly like everything else I own. I have to say, this is probably the cleanest clone GT40 I’ve ever seen. It is REALLY REALLY nice. And I do love that it is 427 powered instead of having some little cute 302 Ford in it. That would suck. There are so many photos, and such good info on this thing, that I’m just going to drool over it and let you read. This is one bad ass ride that is for sure. But $225k worth of bad ass ride? You tell me. 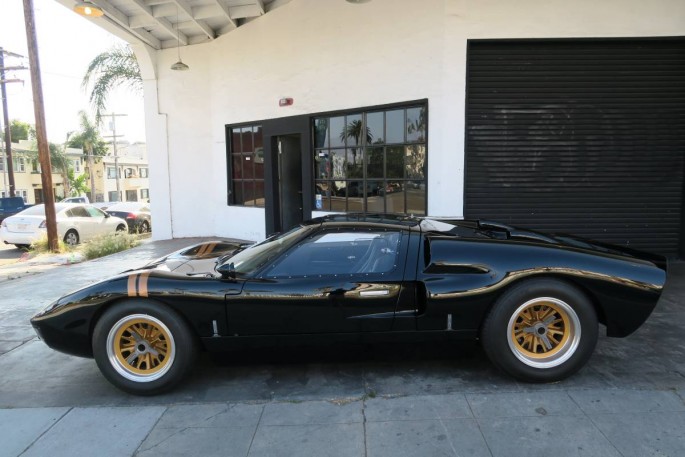 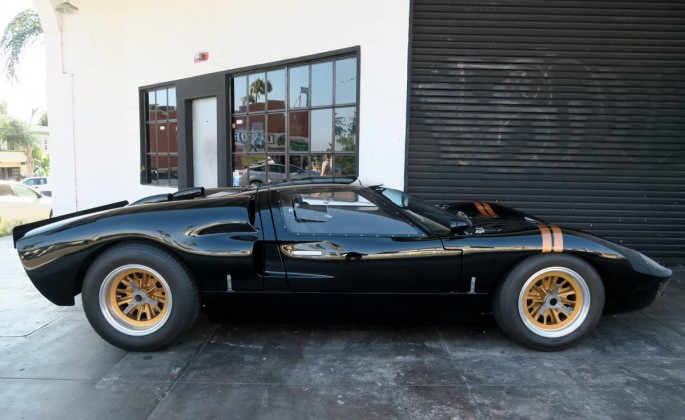 Here is all the info from the seller:

About:
The GT40 was originally produced to win long-distance sports car races against Ferrari (who won at Le Mans six times in a row from 1960 to 1965). FORD/Shelby Chassis # P-1075, which won in 1968 and 1969, is the first car in Le Mans history to win the race more than once, with the same chassis. Using an American Ford V-8 engine originally of 4.7-litre displacement capacity (289 cubic inches). It was later enlarged to the 4.9-litre engine (302 cubic inches), with custom designed alloy Gurney-Weslake cylinder heads.

The car was named the GT (for Grand Touring) with the 40 representing its overall height of 40 inches (1.02 m, measured at the windshield) as required by the rules. Large displacement Ford V8 engines (4.2 litre, 4.7 litre and 7 litre) were used, compared with the Ferrari V12 which displaced 3.0 litres or 4.0 litres.

Early cars were simply named “Ford GT”. The name “GT40” was the name of Ford’s project to prepare the cars for the international endurance racing circuit, and the quest to win the 24 Hours of Le Mans. The first 12 “prototype” vehicles carried serial numbers GT-101 through GT-112. The “production” began and the subsequent cars–the MkI, MkII, MkIII, and MkV (with the exception of the MkIV, which were numbered J1-J12)–were numbered GT40P/1000 through GT40P/1145, and thus officially “GT40s”. The name of Ford’s project, and the serial numbers dispel the story that “GT40” was “only a nickname.” 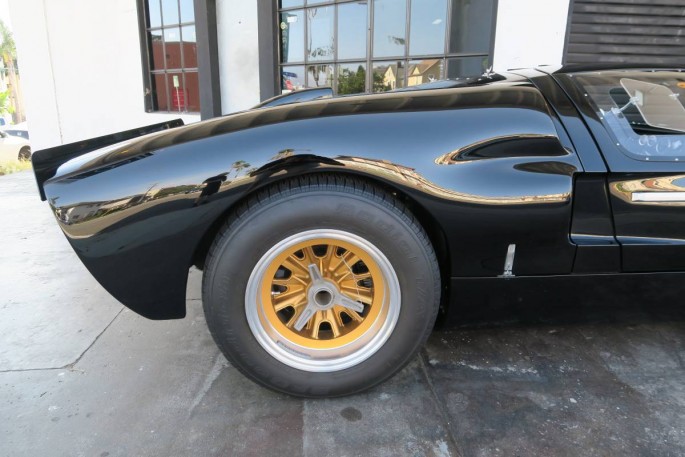 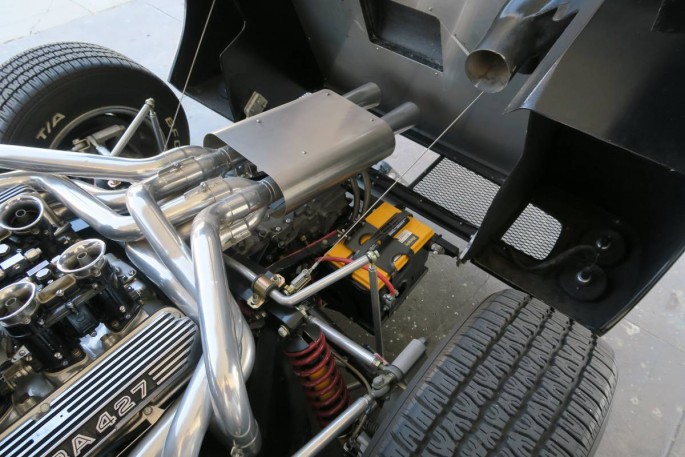 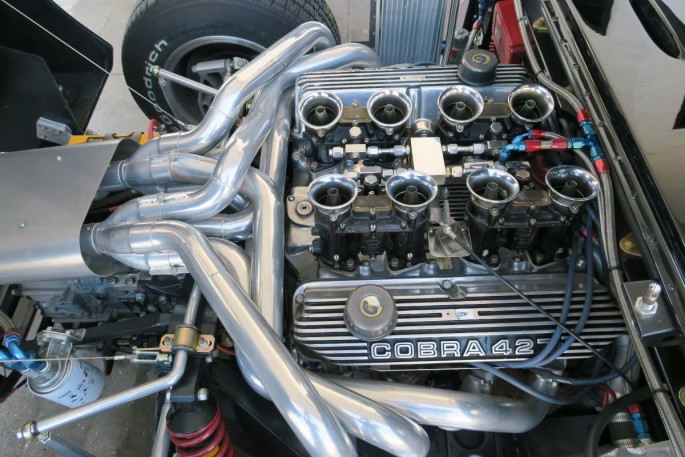 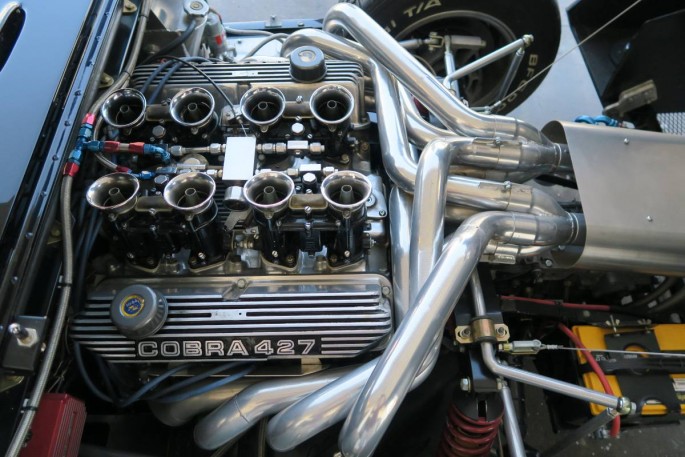 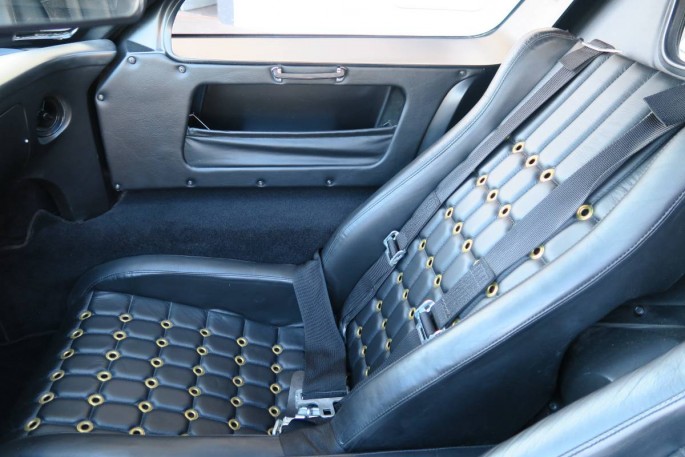 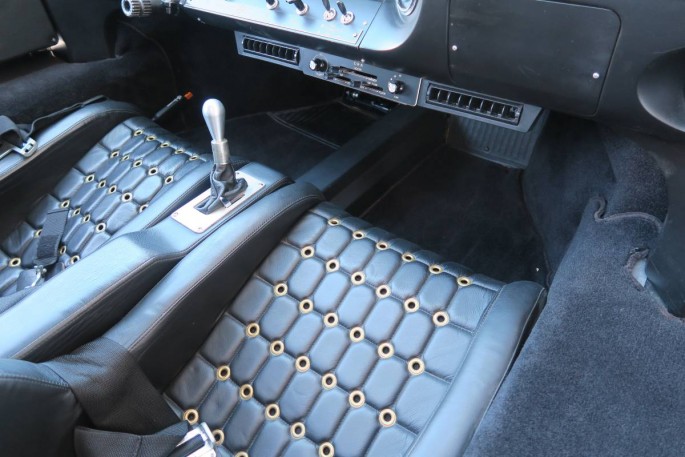 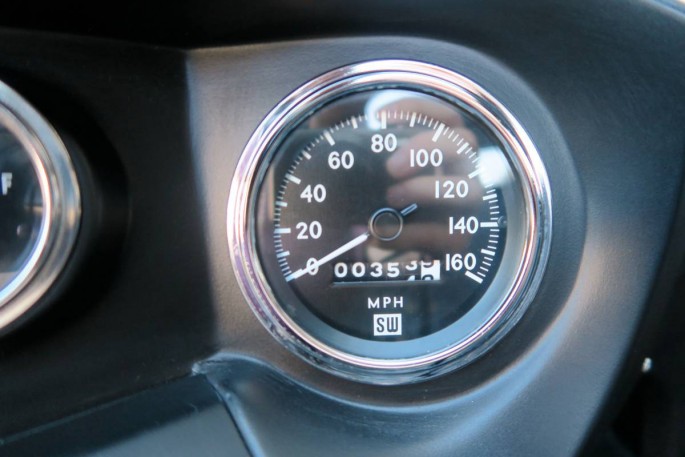 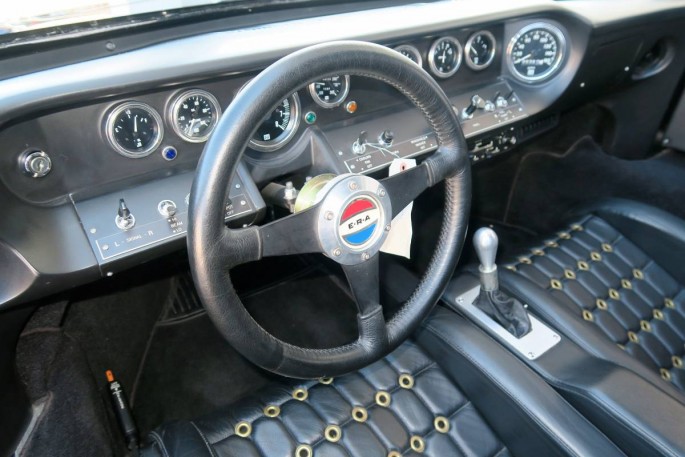 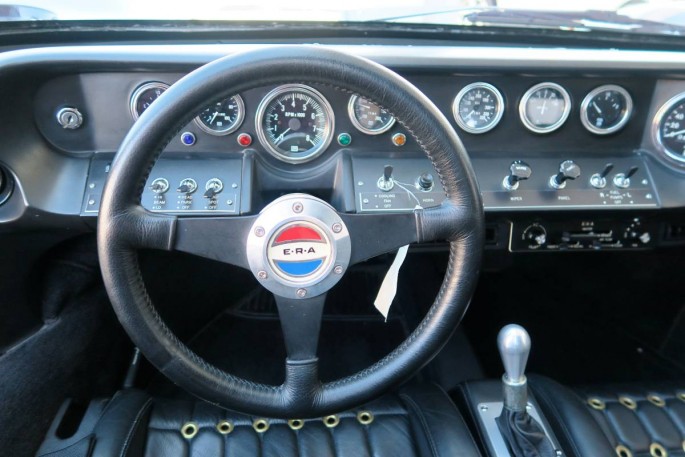 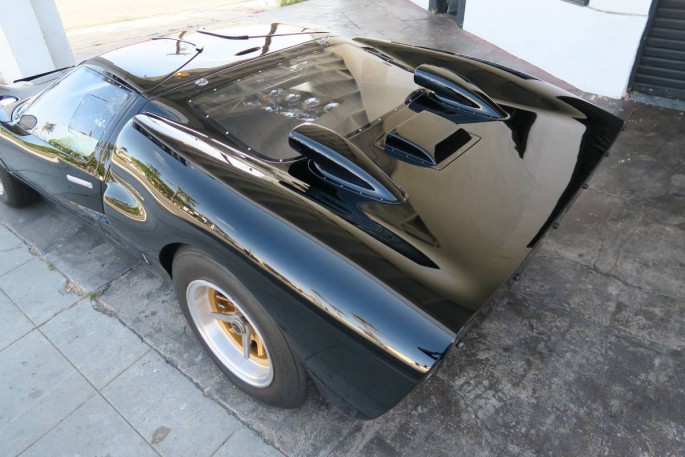 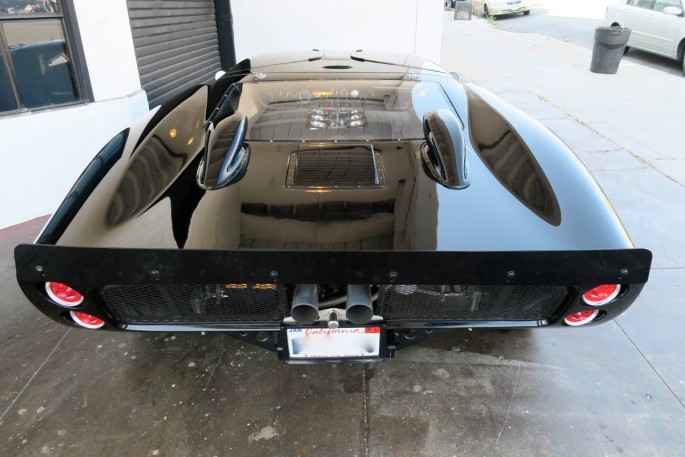 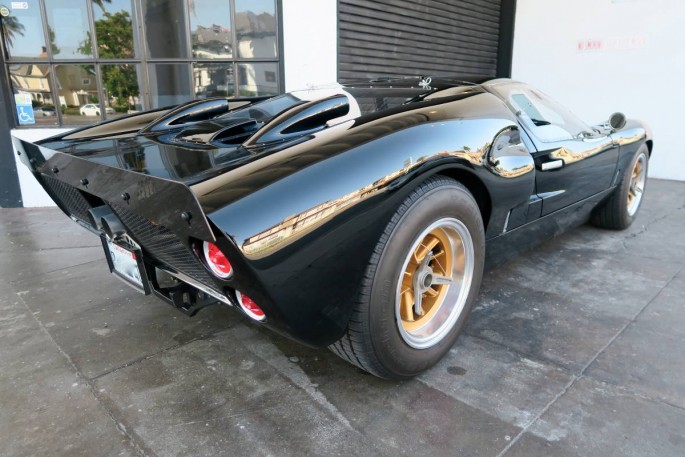 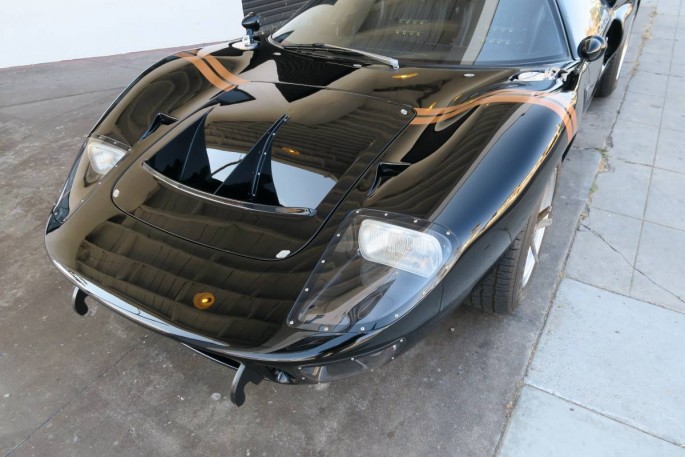 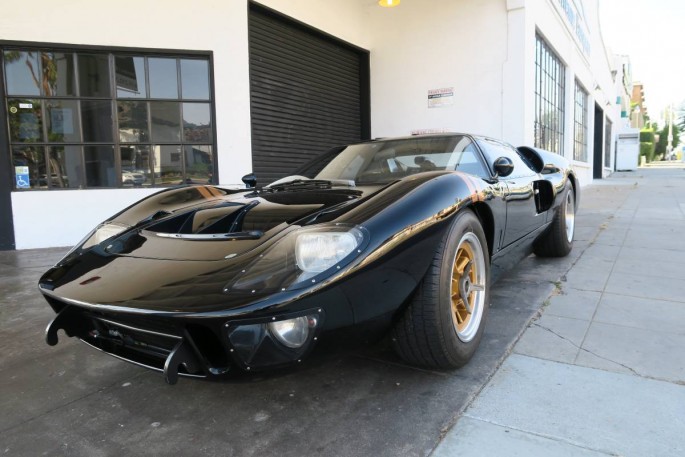 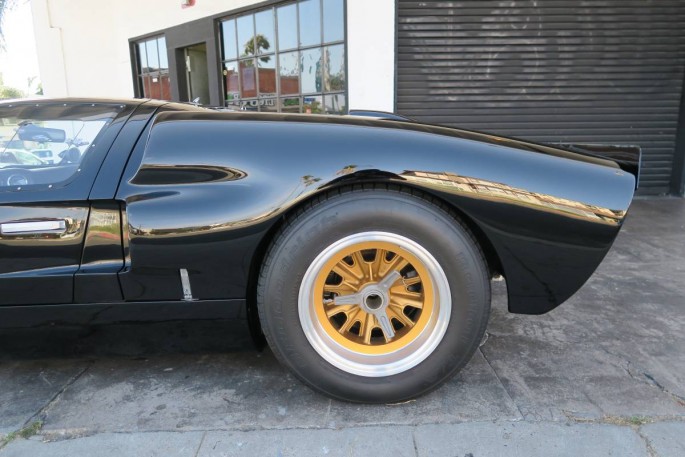 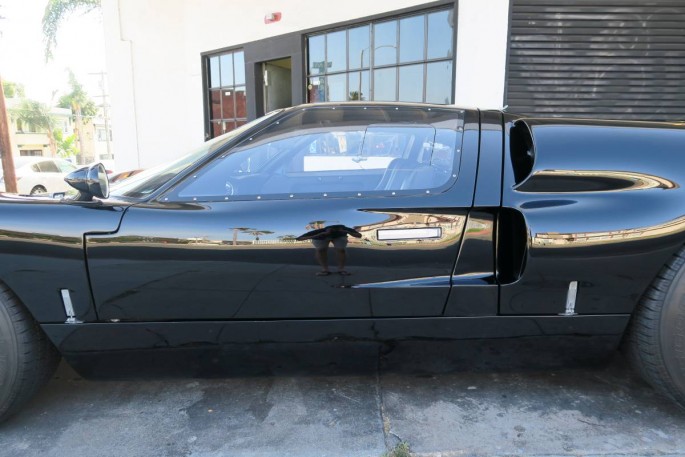 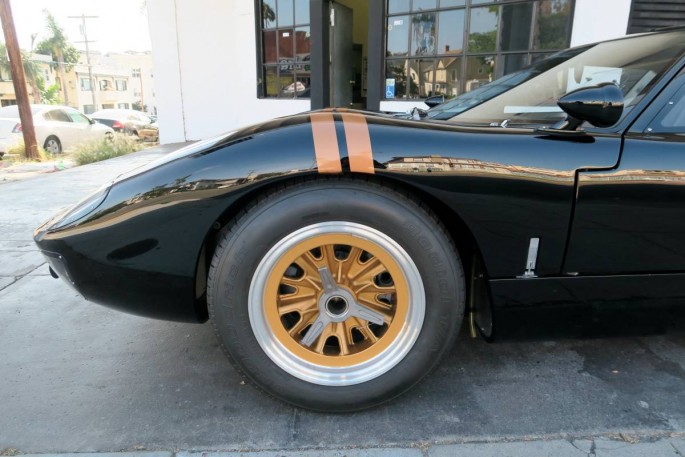 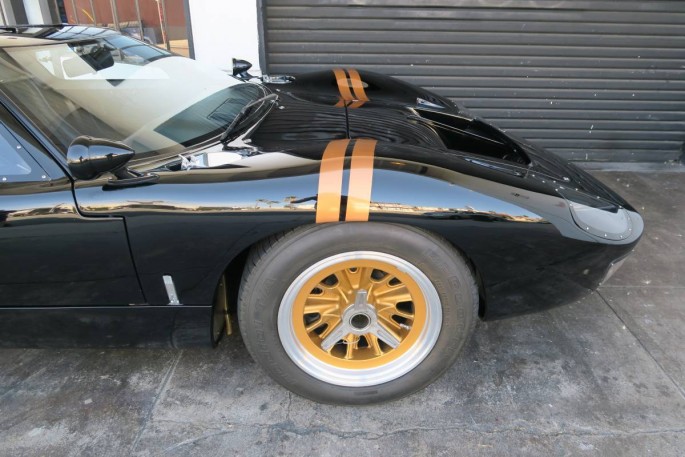 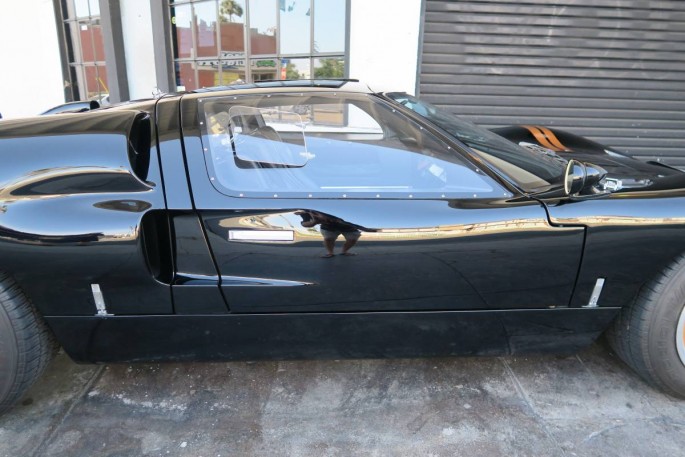