Here’s How You Smooth Out Steel Fender Flares: Project Mongrel Has Got Some Big Hips That Need Some Massaging

Sep 01, 2019Chad ReynoldsApex Tech Stories, Apex VideoComments Off on Here’s How You Smooth Out Steel Fender Flares: Project Mongrel Has Got Some Big Hips That Need Some Massaging 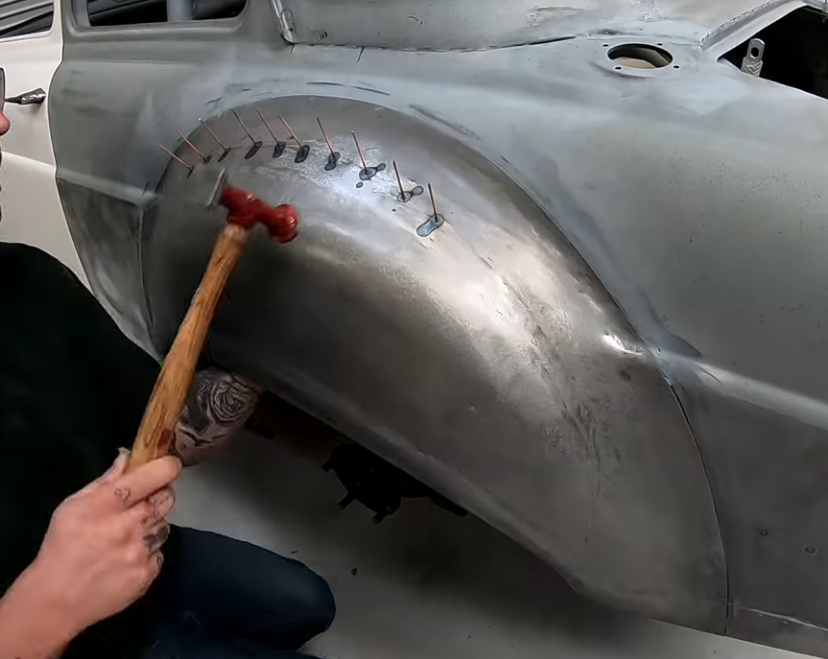 We love project Mongrel, as anyone who reads the site regularly knows. You will also find a video on how to make a jig for making tubular control arms, which are also for the Mongrel, but this one is all about smoothing out sheetmetal work and in this case it is in the form of big fat fender flares on the Mongrel’s quarter panels. These fender flares, or arches as they call them, are not even made for this car but rather for an early Ford Escort. While Matt did a great job of getting them to fit onto the Ford 100E quarter panels, there are a couple areas that require attention. First off are the areas that Matt cut and re-welded in order to get them wide enough, and second are the areas that have a body line for the Escort that doesn’t exist on the 100E. Luckily, Nostalgia Matt knows what he’s doing and is making them smooth as hell. There is a lot more body work to do, but it sure as hell is going to be cool when done. I know that Matt at Urchfab will be thrilled to death to see this sucker in paint. I know I will!

Hot-Rodding A Desk Engine: Turning A 16-Cylinder Sterling Engine Into An Electric Turbine! Finnegan Found A Good Trade For His Big Red Ramp Truck. Wait Until You See This Thing.