Hot-Rodding A Desk Engine: Turning A 16-Cylinder Sterling Engine Into An Electric Turbine! 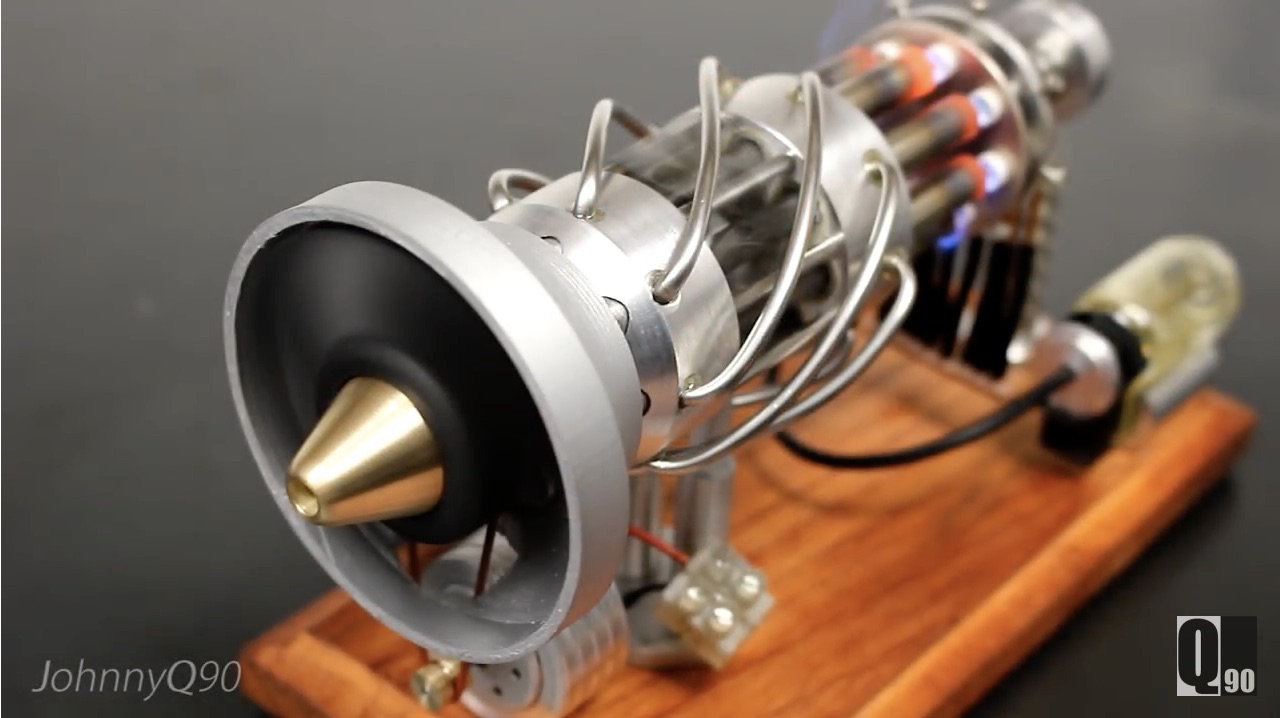 I might be a gearhead first, but being an aviation geek runs a very, very close second in my world. I spent years on a flightline working around jets, helicopters, planes and pilots who kept me well-employed with random faults. I kid, but aviation mechanics are still very cool. Radial engines, turbines, and just the fact that sheer tonnage lifted itself into the sky with the grace of an eagle is something to behold. More often than not, the only way the aviation fix is scratched is by standing near an airport so you can get the roar of the engines and the occasional whiff of burned Jet A-1. But we found this neat little thing on YouTube and we think it’s a neat piece of decoration that actually runs.

The engine is a sixteen-cylinder engine that runs on compressed butane. If you are interested in getting one for your desk, we should point out that it’s the version with the four-blade propellor that looks like it came off of the underside of a scale C-130 that is the one you’ll get. That itself is cool, but what this guy did to his is even cooler: he turned it into an electric turbine! By using some of the smallest lathe tools we’ve seen, he uses a computer fan blade and mills out everything he needs to run a generator with the engine, in turn creating enough power to run an LED light. Practical? Eh, not really. Cool as all hell and an excellent conversation starter? Yes, sir!

If you have to have one of your very own, CLICK HERE to make your purchase!

One thought on “Hot-Rodding A Desk Engine: Turning A 16-Cylinder Sterling Engine Into An Electric Turbine!”