Finnegan Found A Good Trade For His Big Red Ramp Truck. Wait Until You See This Thing. 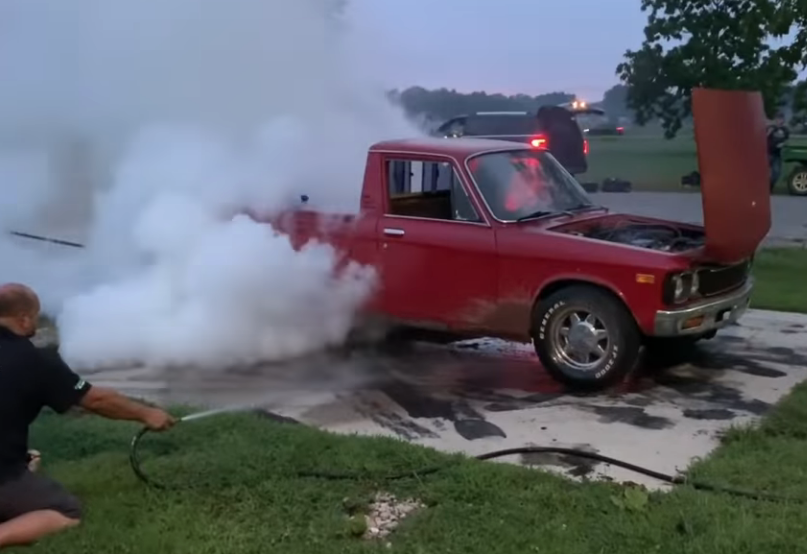 Weeks ago Finnegan put the word out that he wanted to hear from all of you in the car world with any, and we mean ANY trades that you might be willing to make for his Big Red Ramp Truck. He told all the ugly truth about the big enclosed square body ramp truck and then gave out his email address and said to send it whatever you had. I can only imagine how great all the things were that were suggested as trades, but ultimately he has made the decision to get something nobody, and I mean NOBODY would have expected given the message for his reasoning on getting rid of Big Red. With that said, no hot rodder ever has been described as sensible so it really didn’t surprise us much. That’s just the logical side of things though, because the hot rodder in us was all in the second we saw what he traded for. It looks way better than it was when they picked it up, but who cares! This sucker is awesome.

Instead of giving it away though, we’re going to make you watch the video to see which thing he really did take home in trade for Big Red.

Here's How You Smooth Out Steel Fender Flares: Project Mongrel Has Got Some Big Hips That Need Some Massaging Here's How You Make A Jig At Home To Build Your Own Tubular Control Arms: Make Stuff And Make It Cool!

One thought on “Finnegan Found A Good Trade For His Big Red Ramp Truck. Wait Until You See This Thing.”