Under Pressure: The Story of Bill Lear’s Steam Powered Race Car That (Never) Ran The Indy 500 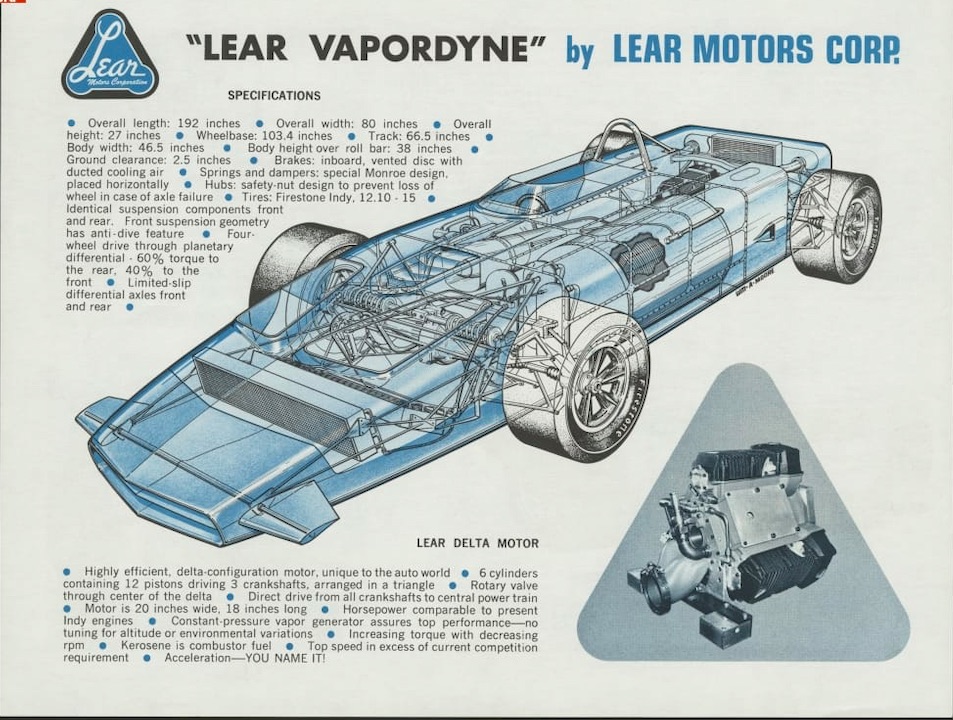 Bill Lear will go down as one of the most incredible inventors of the 20th century. The man who created the car radio, miniature tuning coils for radios, who invented auto-pilot, radio guidance for airplanes, and the basic automatic landing system that is still in refined use today he also invented the 8-track tape, and his biggest accomplishment, The Lear Jet. There is one area where he failed spectacularly at though.

Bending the laws of physics.

Later in life Lear became obsessed with steam engines and steam power to end pollution. He designed steam engines, and was planning on running the 1969 Indy 500 with a steam powered race car! It was a spectacular failure lead by a dubious English engineer who’s credentials fell far short of Lear’s.

He would go on to create a working steam city bus among other things but the Indy 500 effort was really something. Rich, eccentric, and seemingly unstoppable, the laws of nature ground Bill Lear to a halt and cost him the majority of the fortune he made in his life. This is the story, some of it in Lear’s own words, of how that happened.

12 Barrel: This 1960s Edelbrock Intake Manifold Plunks Six Ford 2-BBL Carbs On Your Pontiac! Watch The Brazilian Opala Metal Run 5.33 In The Eighth And The End Up Stopping On A Jungle Path!

2 thoughts on “Under Pressure: The Story of Bill Lear’s Steam Powered Race Car That (Never) Ran The Indy 500”