Big-Block Barina: The Little Australian Crapcan That Can Gets Dyno-Checked And Beat On! 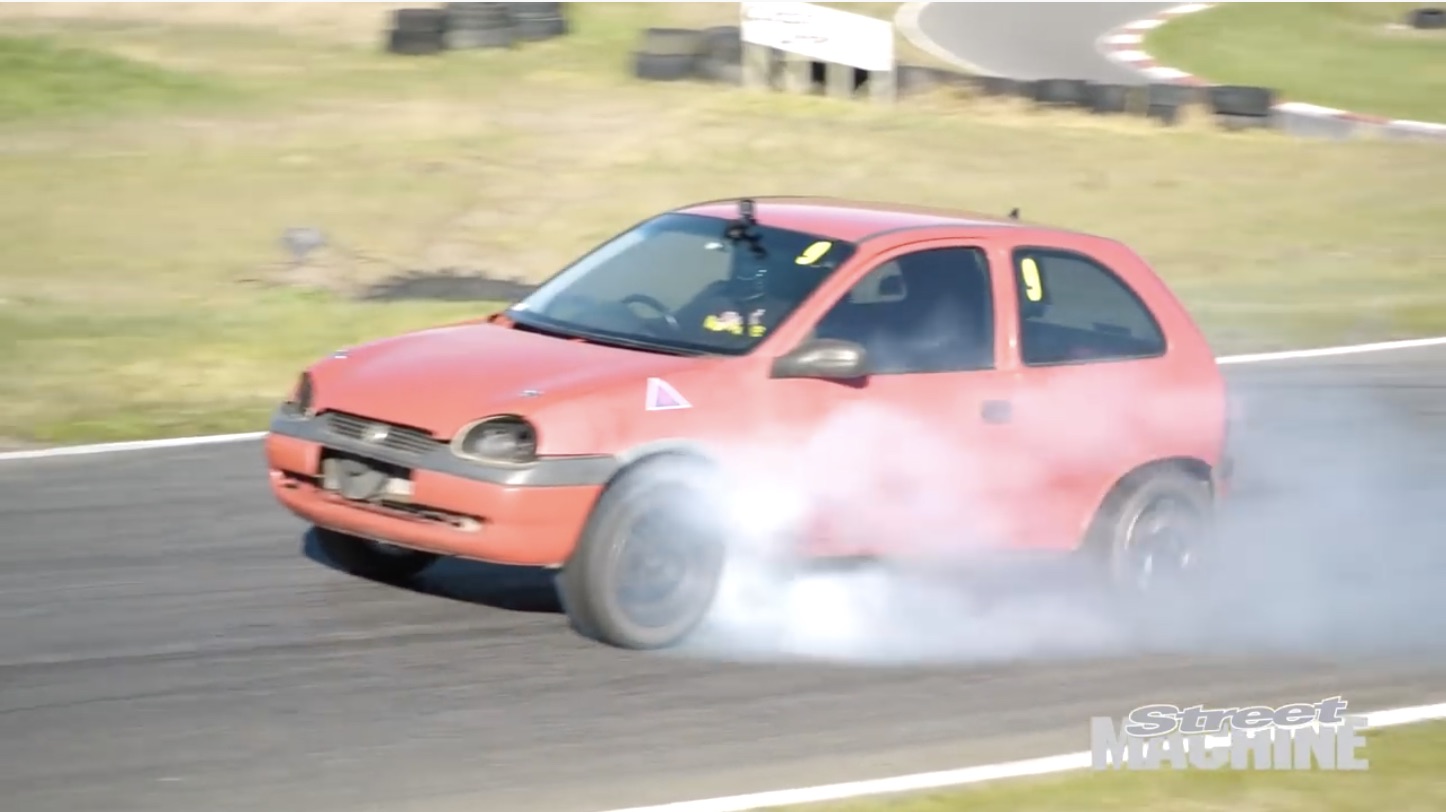 122 horsepower in most cars at the wheels isn’t something to dance a jig about. Ok, it’s not. We wouldn’t be bragging on that number to anybody for anything sized larger than a quad, and even then, we know several Banshees and ATC250Rs that can easily best that figure. But horsepower figures alone don’t mean jack squat except to mark just how high you can whiz on the wall if that’s all you’re into. What matters is what you can get away with using that horsepower figure. Think about it like this: you can swing the horsepower figures of a Hellcat Challenger all day long for what anyone cares, but the first time you bury your foot into that power on even the straightest of roads, you will suction-cup your rectum to the seat. I know. I’ve done it. Make sure you aren’t on a winding canyon road when you try that stunt.

But 122 horsepower? Boot the holy hell out of it…what are you gonna do, really? In a car like my Chevy Cruze, which is probably making a tick less than that at the wheels, it’s simply adequate power. In a car the size of a Holden Barina…you know, a gumdrop that can seat at least one human comfortably…suddenly 122 rompin’, stompin’ horsepower becomes fun. And it’s relatively safe fun…cane the little mill all you want and  as long as you have half an ounce of common sense, you’ll be able to drive it at 10/10ths all day long. And that’s a good day, indeed.

Honey, I Bought A Convertible: You Need This AM General 5-Ton In Your Life! Like A Man Possessed: Watch Phil Keen Take A Lister Jag From Last To First At Goodwood!

One thought on “Big-Block Barina: The Little Australian Crapcan That Can Gets Dyno-Checked And Beat On!”