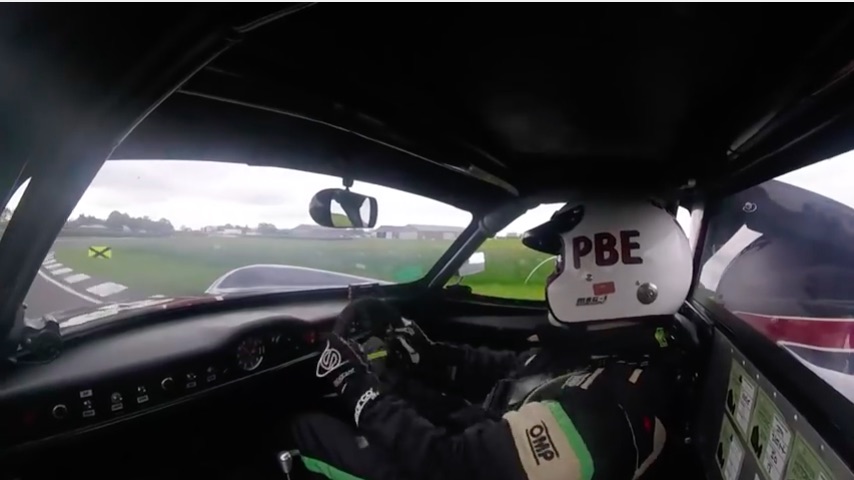 The Chevron B8 may not exactly be a household name in the minds of American racing fans and we can’t blame ’em. Only 44 were built over the span of a couple years in the late 1960s. They were powered by a few different engine types but the most common one used was a 2.0L BMW and we think that this one carries that power plant. Outside of the speed and power there’s the beauty. The car is as brutally low slung as is humanely possible without trenching it into the ground. The huge windshield reminds us of a Cheetah in its shape, the headlights remind us of a Lola, and the way the rear tires fit the back of the car reminds us of a 427 Cobra.

This video is great because we get a great look at a couple of different angles on how gnarly the car is to drive. The driver is really pushing the car and he’s clearly putting in the work behind the wheel. Everything about this video is cool from the Goodwood course and the car/driver combo.

England has produced some killer small volume race cars over the years and while the Chevron is not the best known, it is one mean son of a bitch.

Press play below to take a ride in the bonkers fast Chevron B8 at Goodwood!