The all-new Camaro Z/28 is one of the most hardcore and impressive offerings in the form of a Chevrolet performance car ever. This is not a Camaro with some nifty ground effects and a few pounds nipped and tucked off the car in various places. The Z/28 is a trained road course killer that employs a raft of new parts that engineers developed with the intention of making the car the most track capable and brutally hard cornering Camaro ever built. From the axles to the suspension components, exhaust, air intake, and a bunch of other major components, there’s a vast array of technology and new hard parts on the car. The good news is that starting this summer many of those parts and pieces will be available for you to bolt onto your 2010-up Camaro to improve its performance, looks, and sound.

As you will see in the press release below from Chevrolet Performance, about the only thing you won’t be able to bolt on is the few hundred pound of “lightness” the 2014 Z/28 gains through the use of carbon fiber parts and various equipment deletions throughout the car. Oh well. What you can bolt on are things like the production Z/28 suspension which is everything from springs, shocks, control arms, links, sway bars, etc. This is the full suspension, again not some half baked setup. You will have one of the nastiest Camaros at the autocross with this upgrade alone but it only gets better and you need to scroll down to see all of the offerings. We were legitimately impressed with the stuff that is available. Take a look below and you will be, too –

SCROLL DOWN FOR THE FULL RELEASE FROM CHEVROLET PERFORMANCE AND THE SPECIFICS ON WHAT PARTS AND PIECES ARE GOING TO BE FOR SALE THIS SUMMER TO UPGRADE YOUR 2010-UP CAMARO WITH!

HOUSTON – Beginning this summer, Chevrolet Performance will offer nine Camaro upgrade packages, each featuring components from the all-new Z/28. Each package has been validated for use in most model year 2010 and later Camaros. Many of the parts preserve the vehicle warranty when installed by a Chevrolet dealer – an advantage aftermarket installers cannot provide.

Combined with existing upgrade packages offering components from the Camaro ZL1 and Camaro 1LE models, Chevrolet Performance now offers a comprehensive line of performance upgrades for the track, the drag strip and the street.

“We have taken some of the very best components of our track-capable Camaros –and packaged them together for easy installation on other fifth-generation Camaros,” said Mark Dickens, director, Chevrolet Performance Engineering. “Each package gives customers the performance upgrades they want, and the peace of mind knowing each part has been engineered and tested to the same specifications as our production cars.”

The nine packages include:

More information about the packages, including final pricing and vehicle fitment, will be available this summer at www.Chevrolet.com/Performance. Package will be available for sale directly through authorized Chevrolet dealers.

“The Z/28 is the most track-capable Camaro we have ever produced,” said Dickens. “With these packages, customers can buy some of the Z/28 performance hardware to improve their own track capabilities.”

Founded in 1911 in Detroit, Chevrolet is now one of the world’s largest car brands, doing business in more than 140 countries and selling more than 4.5 million cars and trucks a year. Chevrolet provides customers with fuel-efficient vehicles that feature spirited performance, expressive design and high quality. More information on Chevrolet models can be found at www.chevrolet.com 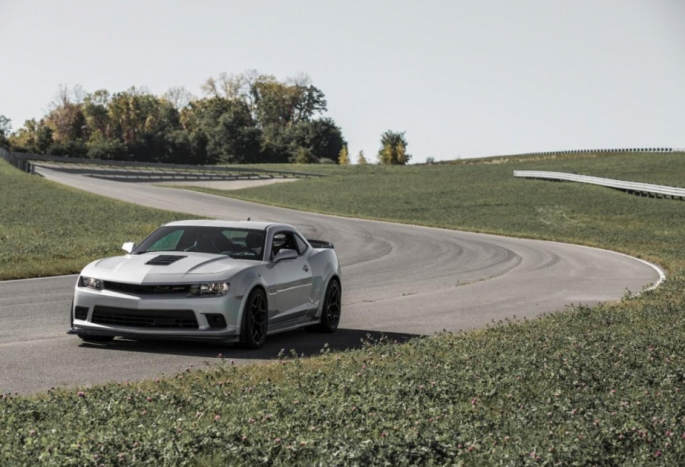 3 thoughts on “Camaro Z/28 Components Available from Chevrolet Performance This Summer – Not Just Dress Up Stuff, Lots Of Killer Parts”