Check Out the Route for the 2017 Dakar Rally 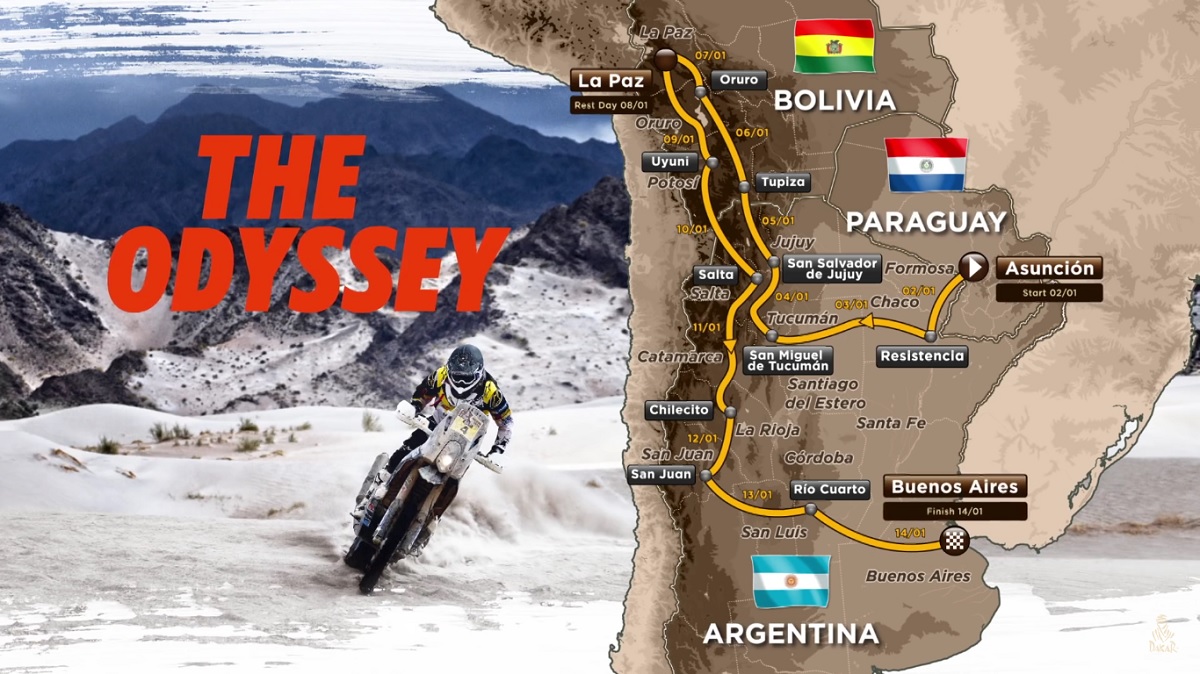 The year’s first big race—after the Hangover 150, at least—is always the Dakar Rally. The Dakar is no longer the original Paris-to-Dakar format, but it instead covers thousands of kilometers across South America. This year’s route includes Paraguay for the first time with the Dakar starting in Asuncion and ending in Buenos Aires, Argentina. In between, there’s just the matter of traversing the Andes Mountains. That includes everything from dusty roads on the plains near Asuncion to mountain passes at elevations higher than 14,500 feet.

The Dakar Rally starts January 2 in Paraguay as the first of 13 days of competition. Five classes compete in the Dakar Rally. The loosely defined “Car” class mostly includes purpose-built off-road vehicles wearing bodywork from a “production” vehicle. MINI, Peugeot, and Toyota all have enter factory-backed efforts in the Car class.

Here’s a quick look at the route from the Dakar YouTube Channel that will appeal to off-road nuts and geography geeks alike.