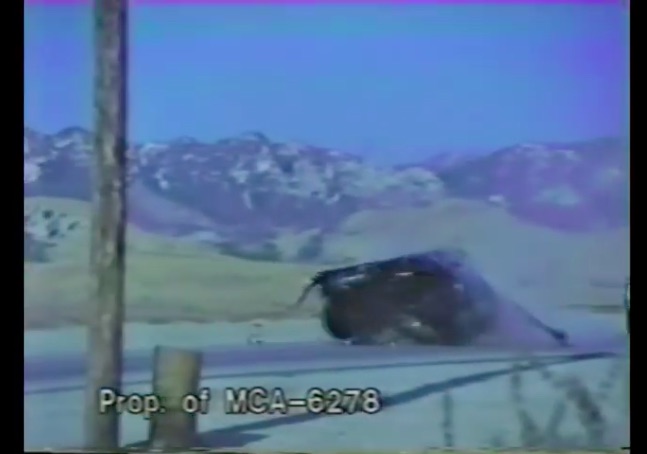 It was a show that many of us watched. It was a show that I lived on as a kid. It was a show that made “The Hof” an international celebrity. That show was Knight Rider and while we like the crime fighting goodness of Michael Knight, it was KITT, his trusty talking Pontiac that was the literal star of the show. Outfitted with all kinds of awesome tricks and gadgets, that futuristic butterfly looking steering wheel, and usually a hot mama in the passenger seat, this thing was literally made for prime time.

One of the neatest (and most used) tricks up KITT’s sleeve was the “turbo boost” button. No, this did not really wake up the 160hp L69 305 that powered the car in real life, but what it did was launch the son of the gun over or off whatever was in front of it. We’re taking about SUVs, trucks, vans, cliff, whatever. When Knight ht the button, he was going for a ride. The ace acting of The Hof made it look so realistic when he was pushed back into the seat that we had no choice BUT to love it.

Despite some dubious looking trajectories over the years the car always seemed to land flat, bounce once, and rip on down the road. As this short video shows us, these guys killed them some Ponchos over the years with that turbo boost trick. We don’t know how footage like this makes it out of the studio and then finds its way to YouTube but it does and man is it cool. This video is only about 30-second long but there’s a couple of really tough landings to see. Since this was the 1980s we’re pretty sure that there was a stunt man strapped into the drivers seat for these pile drivers as well. Yikes.

If you love KITT like we did, these may be hard to watch but wow are they awesome!

Press play below to see this video of KITT Lading hard after turbo boosts!