In-Car Video: Fly Around Daytona In A Chevron B-16 During The HSR Classic 24 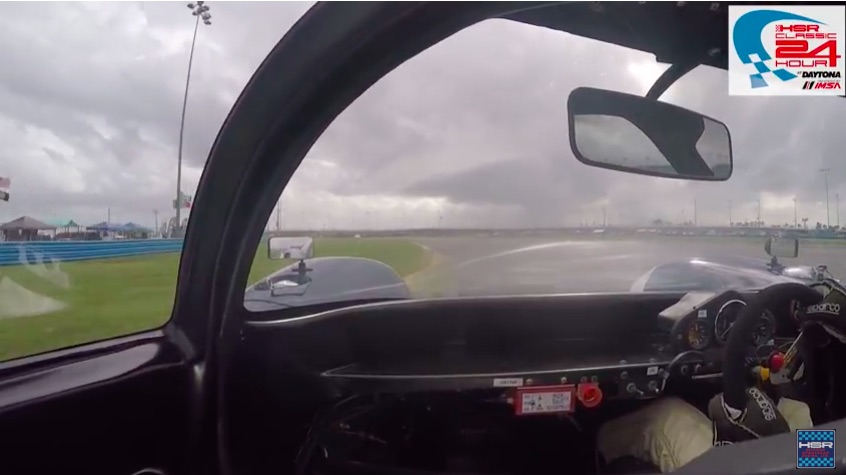 Our high speed chauffeur in the video below is Martin Lauber and his mount is a Chevron B-16, one of the best looking road race cars ever. It is an interesting car that was built by a small British outfit that created successful albeit very small volumes of race cars over the course of its life. The B-16 was one of its crowning achievements and it was introduced in the late 1960s. Power comes from a Cosworth FVC four banger that made 285 of ’em at 9,000 RPM. Aerodynamic and beautiful they competed at places like the Nurburgring, Daytona, Sebring, Silverstone, and all of the other major league famous tracks you can possibly think of or name.

The B16 had a competitive lifespan at the top of the racing food chain for a couple of seasons, the most that anyone can honestly expect a machine to be competitive for. Time, engineering, and experience march on and bring in new designs and ideas to the fold. Early teething problems with the car were cured and these things were as hard running as those cars produced by the likes of Ferrari and other huge names in the sport.

Unlike the L88 Corvette and the XKE Jag we have put you in the seats of over the last couple of days, this car is a totally different animal. The scream of the little engine, the odd shape of the windshield, and the fact that the driver is basically sitting center mass in the car is a departure for sure. One thing that is the same is the fact that the car is rocket fast and on the banking it feels like it is in warp drive.

Enter By Midnight: Win A Chance To Race At Any 2021 Fling Event Of Your Choice By Guessing The Car Count! Watch This Family In England Perform On Their Wall Of Death - Old School Thrills