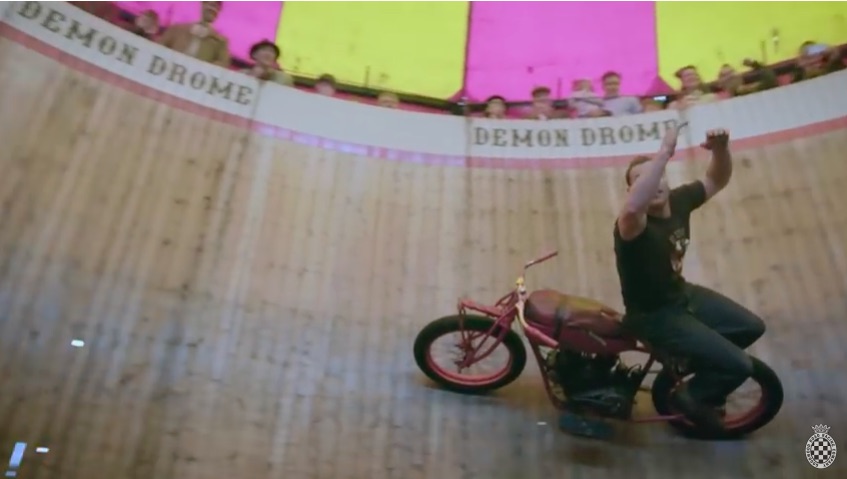 If you have never seen a “wall of death” or a “sphere of death” or a “something of death” motorcycle act in person, you are missing out. It is fast paced, loud, and the kind of neat old school thrill show that is getting harder and harder to come by in this world. The main reason for that is lawyers of course but the other reason is that people who seek this stuff out are getting to be in shorter and shorter supply.

The video below profiles a family in England who has been at this for a while. We dig the story that the kid tells about his dad showing up with the wall one day, putting it up at the house, and then he was so  obsessed that he wold ride it every day. He performs some mind boggling stunts on the wall, stuff that we know would make us barf and crash at the same time if we even thought too hard about doing it. The vintage 1920 Indian motorcycle is really cool. The little Honda kind of dressed up to look like an old Indian likely fools most of the audience unless you really like old junk. We also dig the little micro-car that gets some wall time as well.

This is fun stuff and these guys seem like people we want to have a beer with. They gotta drink, right?

Press play below to see this British family perform on their Wall of Death – Cool!

In-Car Video: Fly Around Daytona In A Chevron B-16 During The HSR Classic 24 Holy Mother of God: The Ultimate Overshoot Accident At Rallye Coeur de France