Foose on Design: Chip Foose Walks Us Through Why The 1932 Ford Became An Icon 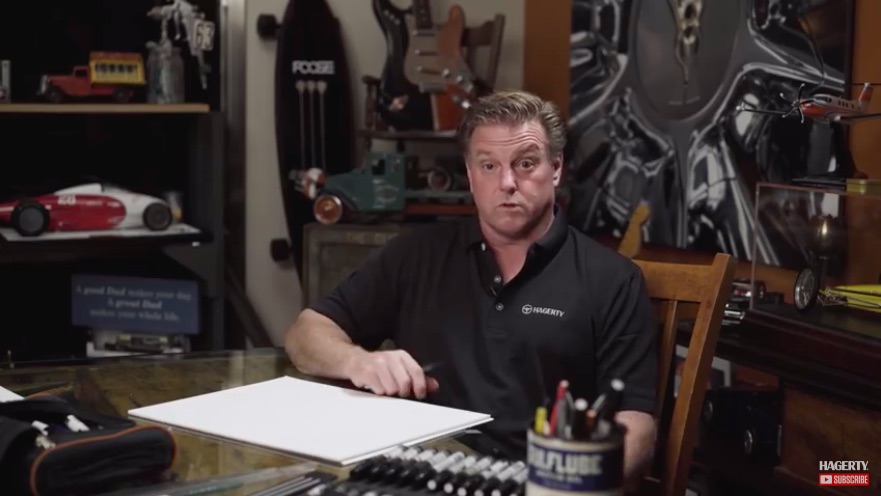 This is a brilliant, BRILLIANT video. Hagerty gets credit for making this “Foose on Design” footage (which we hope will become a series) where one one of the best known automotive design guys in the world breaks down why the 1932 Ford became an icon. You will definitely learn something here.

Armed with his sketch pad, a Sharpie, and a lifetime of knowledge accumulated in building and designing some of the most iconic cars produced in the 20th century. Foose is totally in his element here talking about shapes, design features, proportions, radiuses, and the things that appeal to every car guy and woman out there. He knows history, he knows context, and he knows the how’s and why’s behind the looks of these cars.

Just the section of the video where he describes and draws the doors of the different models of 1932 Fords is awesome. We literally had no idea that there was a difference in the door length. It’s stuff like this that makes a great designer and hot rod builder. Knowing how to add or subtract from the looks of a car (as he tells us he is doing for a build his wife is slated to own) is what makes the difference between a designer and a builder for us. Going beyond assembling a car and altering its styling is an art.

This is a 15-minute master class on design, hot rodding, and automotive history. So freaking awesome and so freaking cool.

Factory Freak or Fanciful Fraud? Did This 1973 International Travelall Really Come With A 3-53 Detroit Diesel And A 5-Speed? Inside The Aussie V12 LS: This Video Shows Off The Advancements and Improvements The Monster Has Gone Through