Inside The Aussie V12 LS: This Video Shows Off The Advancements and Improvements The Monster Has Gone Through 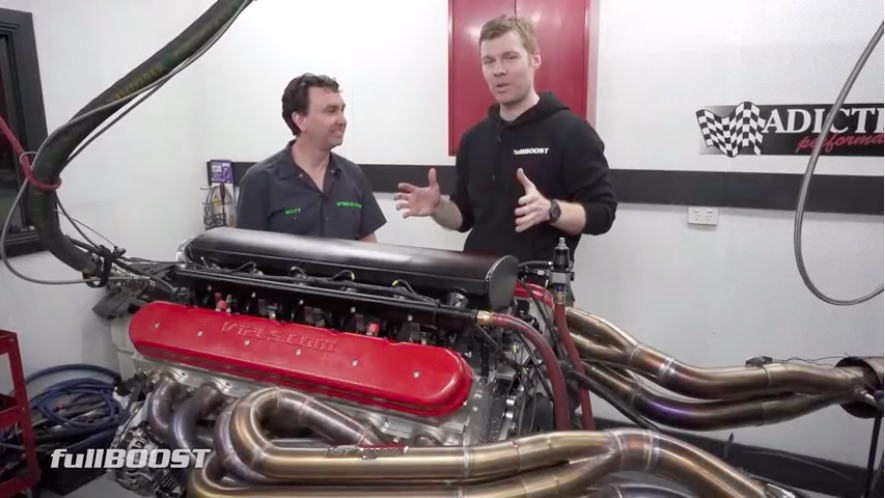 A few years ago, the V12 LS showed up and everyone looked at it with mouths agape. The engine was amazing and certainly seemed to personify everything great about hot rodding. Back then the engine was made by doing some handy slicing and dicing of blocks and heads. The guys told us at that point that they planned to continue to evolve the program into a legitimate engine package that anyone could buy. We loved their enthusiasm but weren’t sure if they would be able to pull it off. Oh boy, have they.

This video will show you all of the latest and greatest stuff about this engine and how it has changed. Majorly, the guys are casting their own heads and blocks now. The iron blocks are strong as hell and the heads are basically LS7 pieces with six combustion chambers. The bore and stroke numbers are similar to stock LS stuff, the camshaft is really tame, and the engine makes 750hp but impressively makes 650 lb/ft of torque from about 3,500rpm on. The idea was to create something happy on regular gas, snappy in terms of throttle response, and reliable as the day is long.

This being said, the mad scientists in Australia will be building power adder versions with four digit horsepower at some point in the not too distant future. The engine we see here in the video will actually be at the SEMA show and on display in the Factory Five booth being held up by the company’s newest chassis. It should be awesome.

There’s dyne footage, road footage, and loads of amazing tech information here. Give this a watch!

Foose on Design: Chip Foose Walks Us Through Why The 1932 Ford Became An Icon Random Car Review: The Ford GT-70 - Where Do You Go After LeMans? Rallying!...Or Not.

One thought on “Inside The Aussie V12 LS: This Video Shows Off The Advancements and Improvements The Monster Has Gone Through”