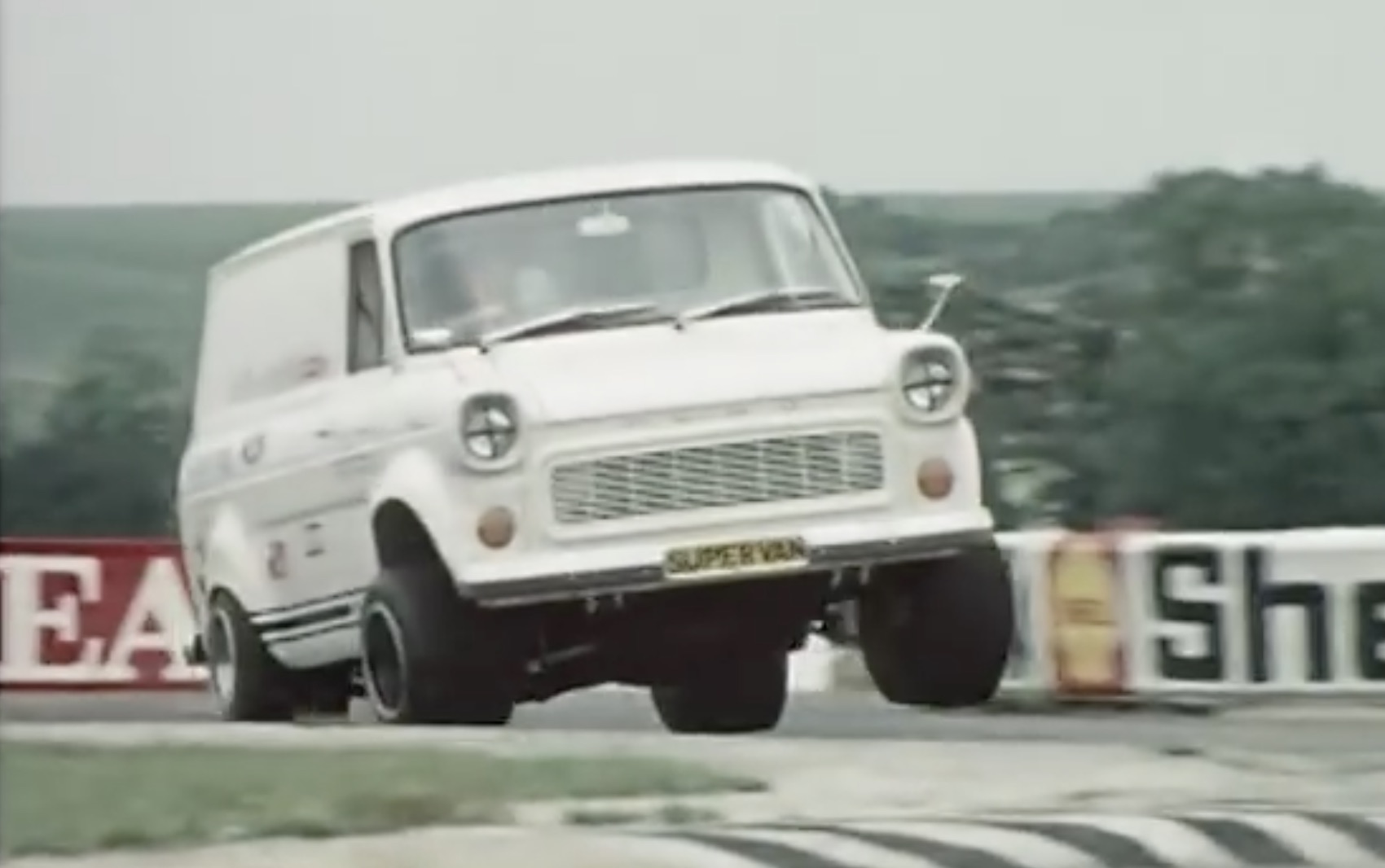 It is strange to think that 1971 was a year that pretty much saw the end to a wild party that had been raging more or less since 1965. What had been wild times that saw advancements in music, technology, social change, and God bless, horsepower levels, were about to all come to a skidding halt that year. There is a lot of focus on American musclecars and the impact that 1971 had on them, but look elsewhere in the world. We weren’t the only game in town. Australia was a year away from the Supercar Scare, a deal so bad that that the government stepped in to make sure that the public weren’t handed the keys to “bullets on wheels”. But what about Britain? What were they doing?

Someone at Ford was having one of the funkiest meltdowns of all times, it seems. Ford of Britain wanted a promotional vehicle that would help push truck sales along, so a plan was hatched. A Ford Transit van was liberated of it’s original powertrain by Terry Drury Racing and was fitted with the chassis and powertrain from a Ford GT40. 400 horsepower from a 5.0L V8, a ZF five-speed transaxle, and enough suspension travel to hike up a wheel under cornering like a Baja truck trying to autocross, the first Supervan wasn’t a focused track machine. It was more like “killing a fly with a sledgehammer” levels of overkill, a bomb blast that nobody could forget seeing.

Hey, OEMs: more of this, please.