Corner Horse: Ride Along With This Ford Pinto In An IMSA RS/SCCA 2.5L Challenge Race! 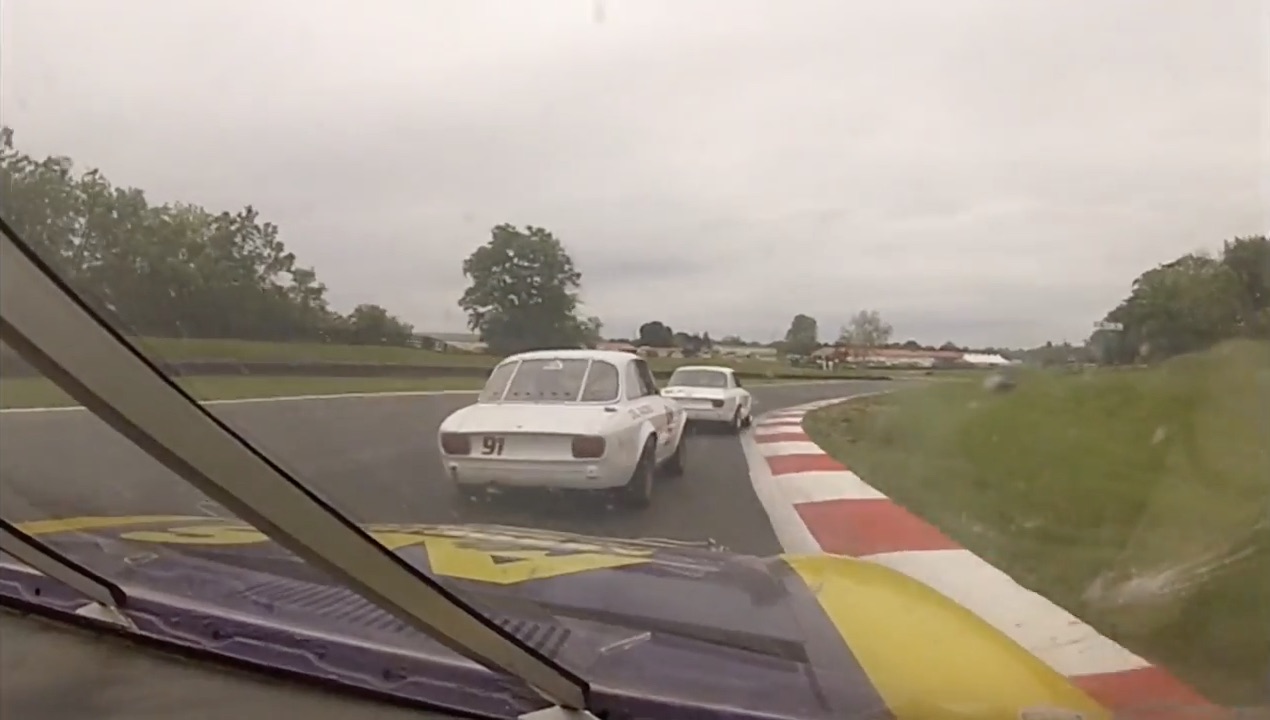 Ford Pintos always seemed to get the bum rap. Ford’s entry into the subcompact market was met with fanfare initially, was the subject of a recall, then a very messy P.R. nightmare and lots of litigation, then was dumped in favor of the Ford Escort. That’s a hell of a life to have led for a car that was supposed to simply be an American challenger to the Volkswagen Beetle’s growing influence and Japanese intrusion into the American marketplace. Were they good cars?  You tell me, those who are older, because the ones I’ve had experience with were clapped out to the max and if they ran at all, the shoestring and the prayer were working more than the mechanicals were.

One very decent part of the Pinto program was the 2.3L four-cylinder engine. A very competent, basic design, the 2.3 responds very well to hot-rodding techniques so long as you keep the engine in a lighter, smaller chassis. And they could handle, too! The Pinto’s racing prowess was proven when Car and Driver built one back in 1974 and took it racing in IMSA, where even with a 200-pound penalty for the 2.3L four, the magazine types found the Pinto to be a wicked little cornering machine when properly set up.

Need any more proof? Then climb on-board with Brian Walsh and his 1971 Pinto as it rips around Summit Point during a meet-up between SCCA 2.5 Challenge and IMSA RS cars! The little Ford is a howler!

3 thoughts on “Corner Horse: Ride Along With This Ford Pinto In An IMSA RS/SCCA 2.5L Challenge Race!”