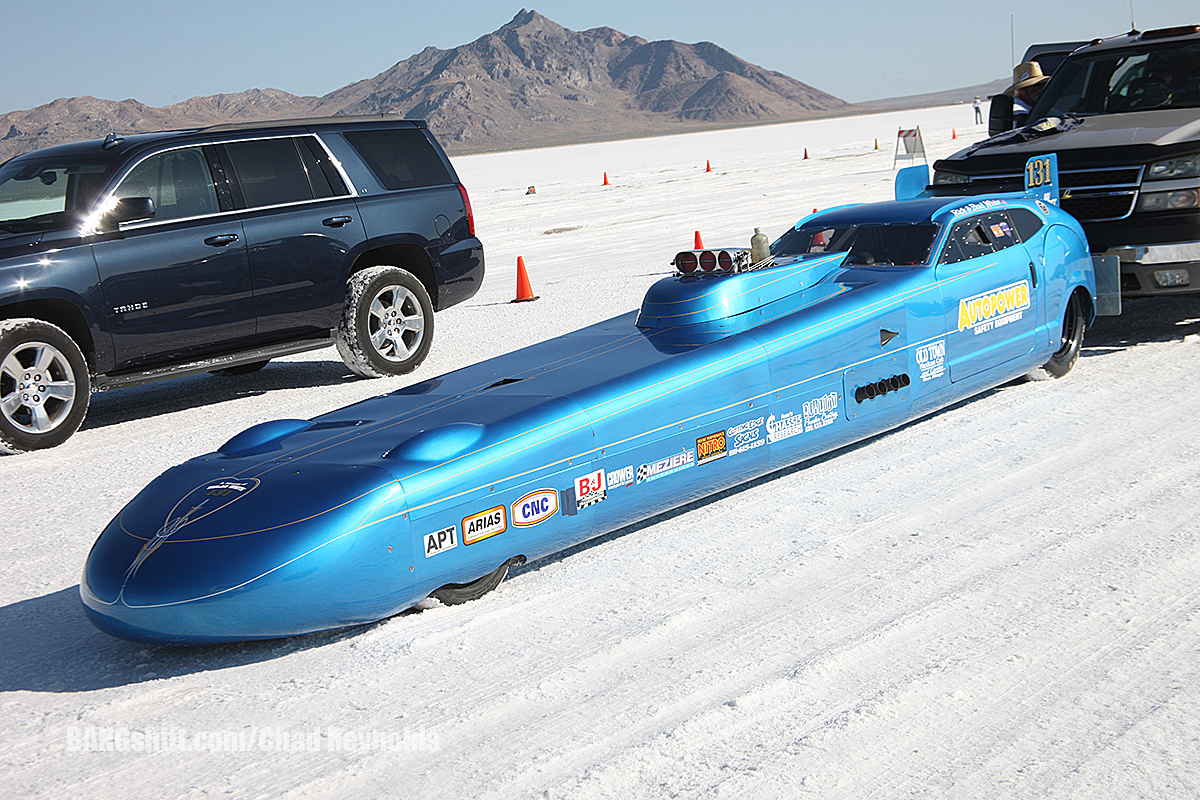 If you don’t keep up with our Bonneville coverage each year then we have to question your standing as a gearhead. After all, there is something so pure and special about this place, that knowing it is happening and not following along would almost seem to be a crime. We don’t like to harbor criminals around here, so we think that looking at these photo galleries is the least you can do to keep your gearhead standing. We told you we’d have more photos coming and we weren’t kidding. In fact, we have even more coming as we’ll be bombarding you with them throughout the week from this abbreviated Speed Week 71 at Bonneville. Torrential rains on Thursday night before the scheduled start delayed the start of the 71st running of Bonneville Speed Week as flooded pits, tracks, and return roads meant a dry out was in order. After assessing the situation, and monitoring conditions, it was decided that racing would not commence until Tuesday morning at 7:30 am.