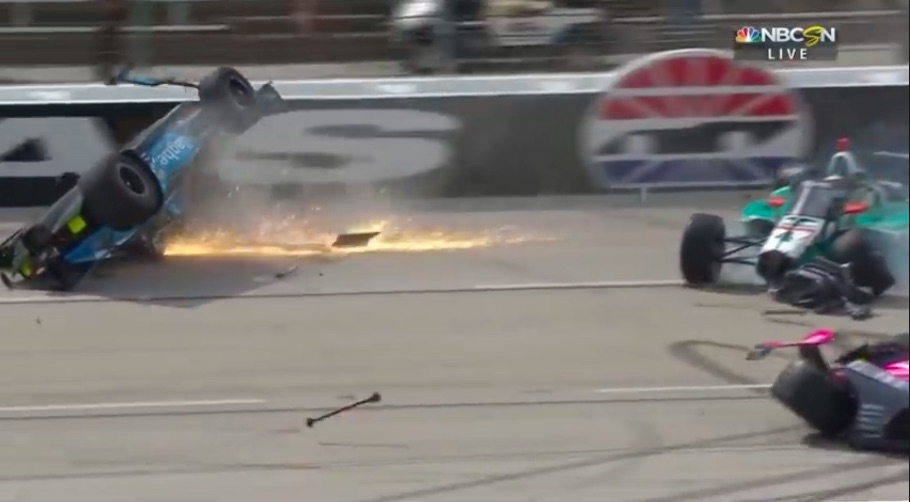 It was a wild weekend of action in Texas for the IndyCar series with a double header at the famed Texas Motor Speedway over the course of last Saturday and Sunday. The Saturday race was completely dominated by Scott Dixon who lead virtually the entire thing end to end but the Sunday race? The Sunday race was way more entertaining…unless you were a car in the rear of the field for the start. As you will see, as the green flag flew to kick the second race off, all hell broke loose in the rear of the field as drivers began to accelerate while the leaders had yet to really hammer the gas. The result? A lot of angry drivers and a bunch of wrecked up cars. Thankfully everyone walked away.

Back when I was a kid I never understood why the announcers would make such a big deal out of the start of these style of races. Being older and more versed as a racing fan, I totally get it. The fact that every car is running side by side and nose to tail, the fact that the adrenaline is going like a top fuel dragster’s fuel system, and the idea that this race was qualified on points and not on actual qualifying laps made this a perfect storm of crazy.

Like we said, everyone walked away but there were plenty of fingers being pointed and loads of hot tempers after this calamity that took out a large part of the field before the part even got going!