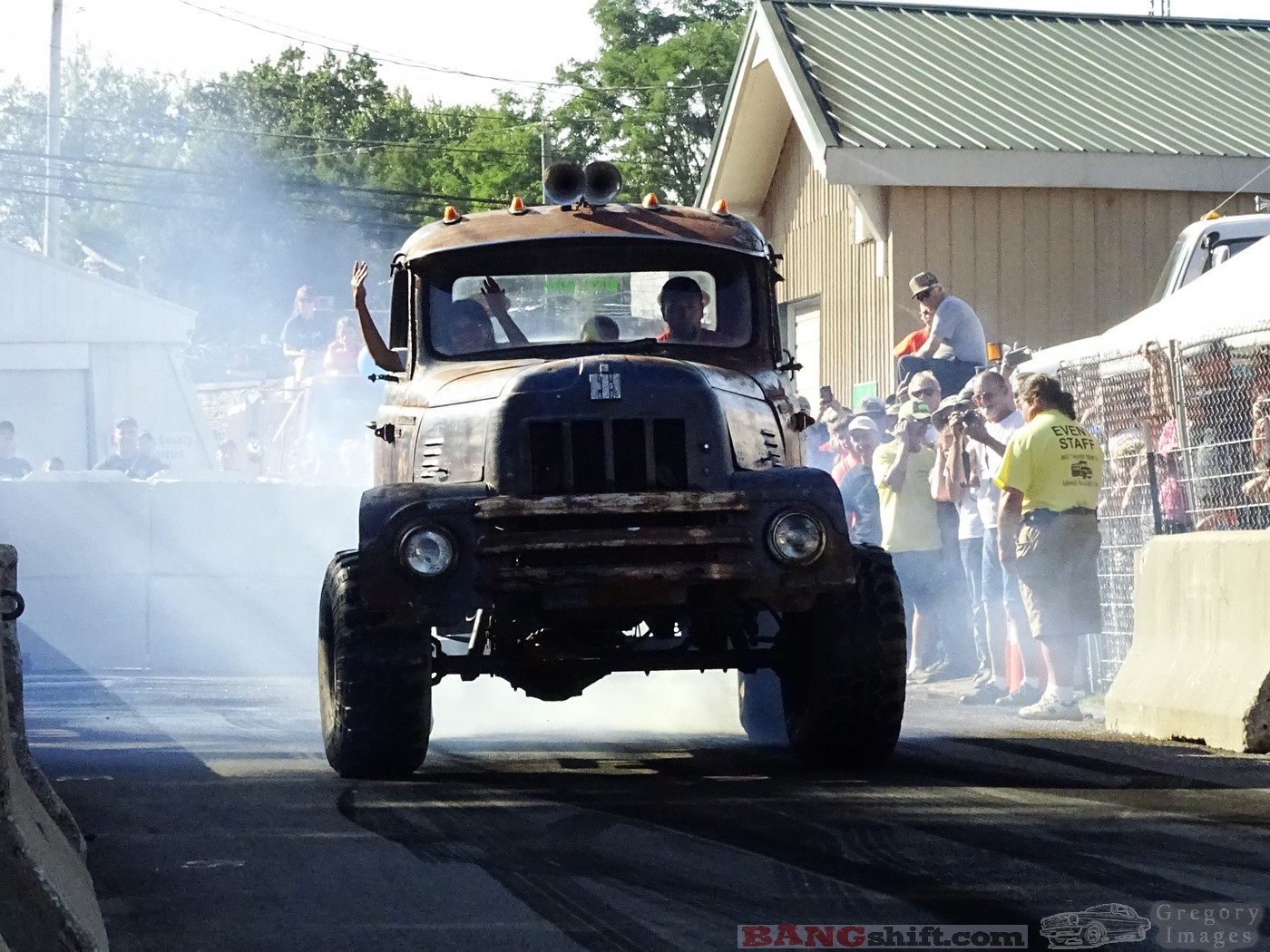 (Words and photos by Doug Gregory) – Tire smoke.  Hi-revvin’ engines.  Cooked clutches and hot transmission fluid.  All part of the yearly burnout contest at the Rod Run.  The location moved again this year to try and give more folks a better view.  I ended up taking cover at the end of a concrete barrier so just in case someone got squirrely I might reach some cover.  Let me tell you this about when I shoot action photos at an event when I am not behind the fence.  I try to stay out of other people’s way.  Even if folks are taking shaky cell-phone images I want them to have that opportunity.  That said….I will stand when I need to, but mostly stay crouched.  Also, I will stay crouched and in one spot for far too long and my knees soon hate me then protest much.  One of my flaws is that I will seldom tell folks who are blocking my shot – that they are.  I suppose they all should be mind-readers and just get out of the way.  Not the case here.  So….I have a great example as we get a multi-faceted view of this flaggers’ backside as he assumed a near-baseball catcher’s stance in front of a moving vehicle.  Real men of courage contender.

I did not rearrange the photos to group each cars’ photos together (as is my custom).  These are the best photos of the contest in the order they were taken.  The very first is of the starting cannon being shot which typically causes me to shake violently (check the dust being stirred on top of the barricades).  Every competitor gets two shots.  Crowd applause determines winners and placement.  No one had to be towed off the course.  Lots of folks thrashing their stuff with wreck-less abandon.  Ultimately the big diesel RAM had the torque to create a weather system with vaporized tire matter and took home the crown.  I’m betting the local moves again for 2018.  Who wants in on that action…?

Refueling While Tandem Drifting - This Is How You Keep A BMW Sideways For Over Eight Hours! Want To Start Your Very Own Racing Team? Eighteen Porsche GT3s Are For Sale!