eBay Find: This 1954 Bonnie And Clyde Edition Plymouth Station Wagon Could Be Yours – It’s Holy! 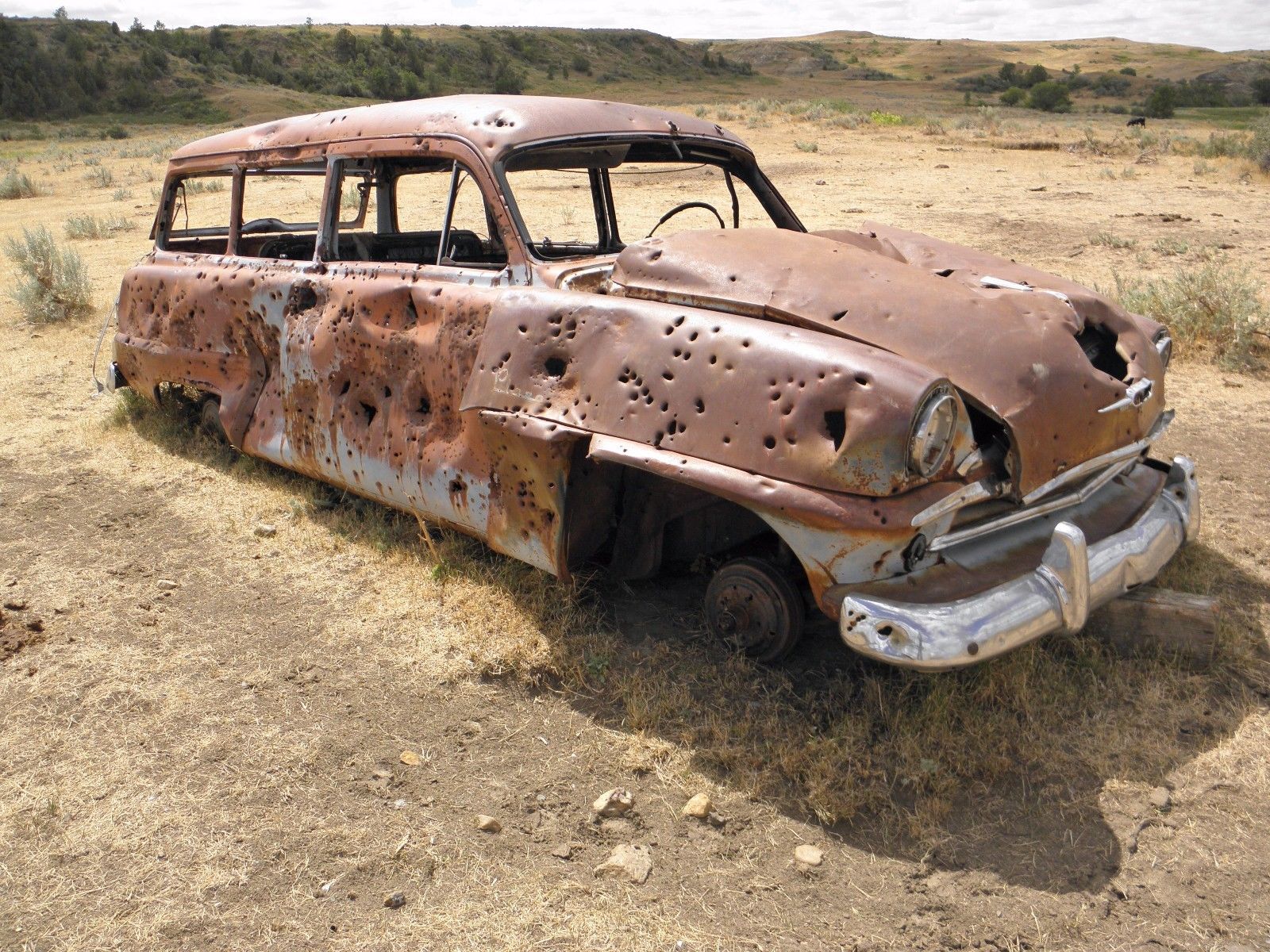 As many of you history buffs out there likely know, the criminal duo of Bonnie and Clyde met a grizzly end after being ambushed by law enforcement and peppered full of holes from their submachine guns. No, they were not driving a 1954 Plymouth wagon but we’re guessing that this one that we found for sale has some similar characteristics to the one that ol’ Bonnie and Clyde met their end in.

This car caught our eye for obvious reasons. The seller actually does a nice job of lining out exactly what’s happened here in the ad:

I recently found this gem of a 1952 Plymouth Plaza station wagon at a friend’s ranch in western North Dakota. His wife drove it for a few years as a family car until the fuel pump quit. Her husban pulled it off of the road and left it along the trail to their ranch. It has been resting there for the last 45 years or so. It seems as though every aspiring young hunter in that area may have used it for target practice at least several hundred times.

I know that this car will not appeal to many car collectors but someone wanting to advertise a business or car museum could add neon signage to it and get a lot of attention. A dedicated rat rodder might actually get it back on the road again and have a totally unique vehicle that would draw a tremendous amount of attention on the road or at car shows.

While it seems like a completely and utterly insane idea that anyone would invest the time and money to get this thing into roadworthy shape, it is kind of a fun idea to think about taking something that looks like this on Power Tour or some other type of long range event.

The car model is the oft forgotten Plymouth Plaza which was the cheapest mark in the Plymouth lineup from 1954 to 1958 and because this is a wagon it is actually a Plymouth Plaza Suburban. The two door wagon aspect makes it cool in our book as far as the body style goes. The car is equipped with a flathead six engine and since the interior is basically evaporated there’s no real knowing what options this car actually had. What was kind of interesting about the Plaza is what while it started as a cheap people mover it had a laundry list of available options that could actually transform it into something far more stately than its humble base model.

None of those options were 6-million bullet holes, though. That’s all custom right there. 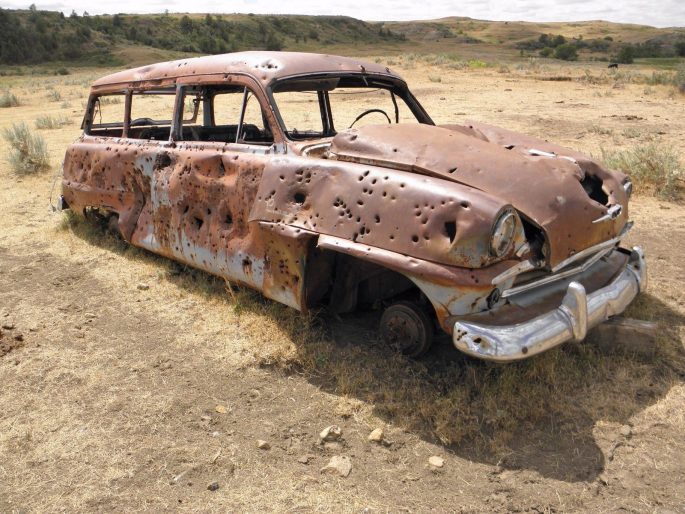 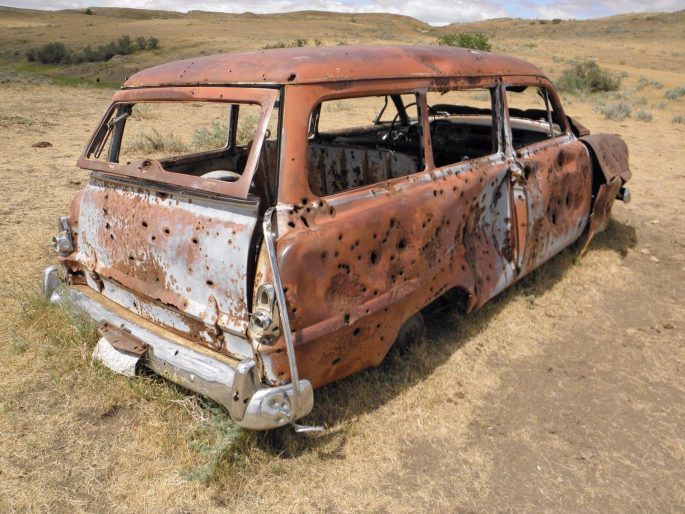 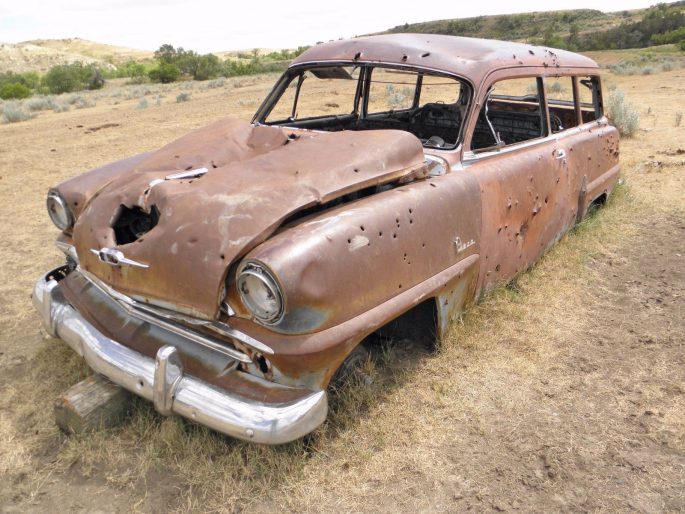 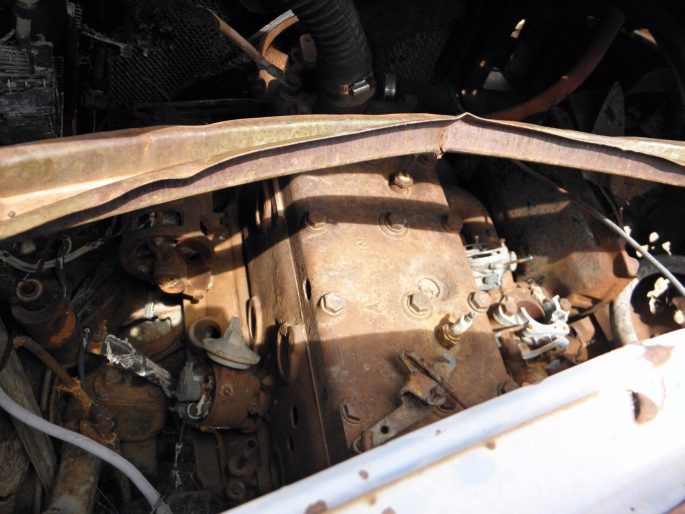 6 thoughts on “eBay Find: This 1954 Bonnie And Clyde Edition Plymouth Station Wagon Could Be Yours – It’s Holy!”