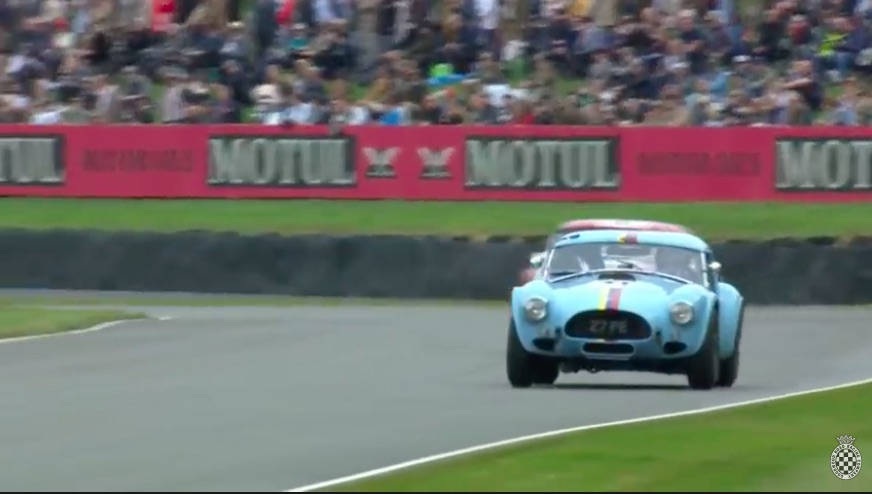 Sometimes it is hard to really get a peek at the talent of a race driver at work. On the professional level, there’s typically so much talent that someone’s true ability may not shine due to having equipment that’s half a step slower than someone else or someone who’s not THAT good being a half a step faster. This video actually does a great job of showing us crazy talent at work and that talent being employed in a field of cars that are reasonably close in their performance and technology.

Taken at the 2021 Goodwood Revival, we are here to watch the best five passes that Jenson Button, the former F1 star makes while driving a really awesome Shelby Cobra. We’re guessing the class is some sort of “big bore” situation because it’s packed with Cobras (289 powered), some Griffins, a Corvette or two, etc.

And yes, the argument can be made that a former F1 driver taking on some guys who are hobby racers at best and parade lap makers at worst isn’t the most fair thing. But the good news is that there are other race drivers sprinkled about in the field. As you’ll see, after a crummy start, he really had to go to work and people were not just letting him by. Road racers are interesting because they are always ahead of themselves by a couple of corners. Analyzing the car in front of them and how they will make a pass down the line.

This is a really fun video.

Hardhat History: This 1940s Allis-Chalmers HD5 Crawler Tractor Sales Video Is Great End Of The Line: This Video Review of The 1995 Corvette ZR-1 Shows The Pinnacle Version Of The Hot 'Vette