BangShifty Science: Will Shooting A Running Engine With .50 Cal Bullets Stop It? 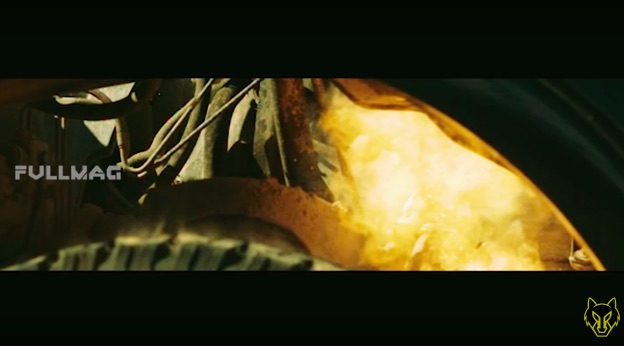 We got sent a couple tips on this video but it was Ron Thomas who tree’d everyone with the first so we have to thank Ron for that. This video is cool and it is further proof that when it comes to dramatic stuff happening to your car or truck, you really have to be doing something crazy to send parts and pieces sky high. What we mean is that in the movies or on television when someone lines up a car with a sniper rifle and launches a .50 cal round into the thing there’s always some sort of explosion, fire, and/or other dramatic occurrence for the camera. After watching this video, real life proves that the effects of taking the rounds are crippling but they are not all that visually spectacular. We actually found the auditory part of the program more entertaining. HA!

The vehicle being shot up is an F150 truck with modular engine in it. If you are unfamiliar with the size of an actual .50 caliber bullet, the thing stands about as tall as a beer can and has enough weight that you could throw the thing at someone overhand and ding them up pretty good. It is really kind spectacular.

The way that things play out is interesting but we’ll just leave you with this. Sometimes to stop a vehicle you don’t necessarily have to have it completely shut down, severely wounded could work, too.

Press play to see what happens when you start shooting a Ford V8 with .50 cal rounds

This Gas Monkey Built 1976 C10 Was Totaled And Then Bought By A Guy At Auction And Now He's Going To See If It Can Be Fixed! You Came In That Thing? This Star Wars-Themed 1979 Dodge Van Is The Ultimate Fan Ride!

One thought on “BangShifty Science: Will Shooting A Running Engine With .50 Cal Bullets Stop It?”