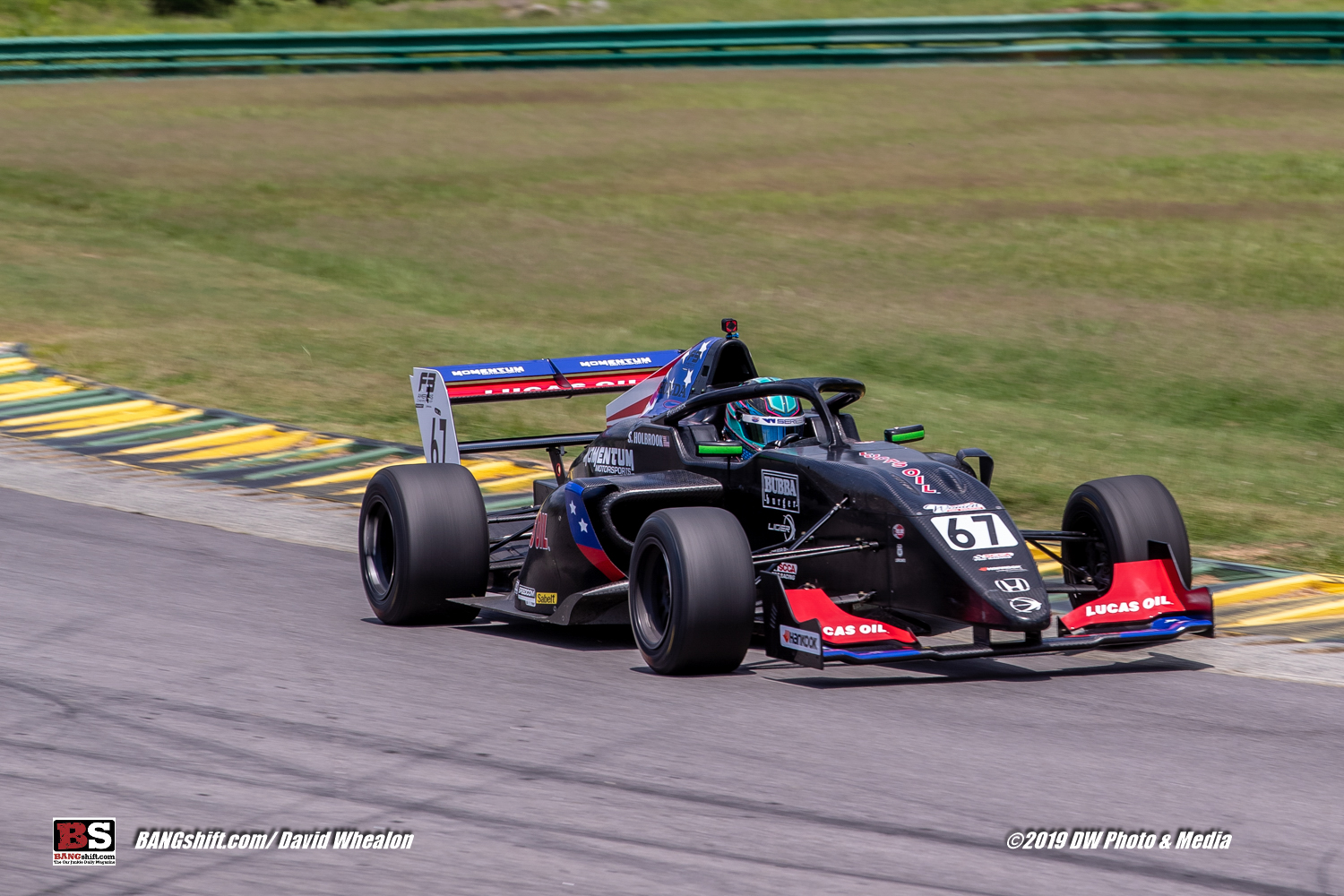 (Words and photos by David Whealon) – As it is in all forms of sport, youth is vital to carrying the torch into the future. And in Motorsport it’s no different. In Nascar, Legend cars propelled guys like Kyle and Kurt Busch along with Joey Logano to become Nascar Champions. As well as in Drag Racing the Junior Dragsters lofted Lea Pritchett, J.R. Todd and Shawn Langdon into NHRA stardom.

What we have here for you today is yet another breeding ground into world class racing with the F3 Americas Championship and the F4 United States Championship open wheel cars running at the highly technical 3.27 miles of the beautiful Virginia International Raceway (VIR). With a starting age of 15, the F4 series brings a young international brood out of the karting world aligning them with the FIA and SCCA to provide the training and development in their path to world of open wheel racing. The F4 cars are powered by a 130hp Honda Civic Type R on a Ligier JS carbon-fiber chassis also equipped with paddle shifters, sequential gearboxes and data acquisition. With the successful rapid growth of the F4 Series the F3 Series was created to give the youngsters yet another step on the ladder of experience in gaining their route to a successful future in the sport. Minimum age jumped to 16 and without any age limit. The cars are very similar with the F3 increasing about 60hp to the Honda power plant along with aconfigurable aero package and incorporating for the first time in the US the safety Halo to the driver’s compartment.

As well as the F3/F4 cars on the track a number of other side card open wheel beauties were present to fill in the gaps. F2000, F1600 and the Atlantic Championship were on hand to take to twisty Virginia hills.

With all the domestic and international youth well represented in this awesome weekend of racing, we may have witnessed the next Lewis Hamilton or Mario Andretti in the making.

This 1953 Home Video Of A New Texaco Station Being Built Is Absolutely Awesome Bonneville Speed Week 2019: Speed, Sun, Salt, and The Many Ways To Go Fast