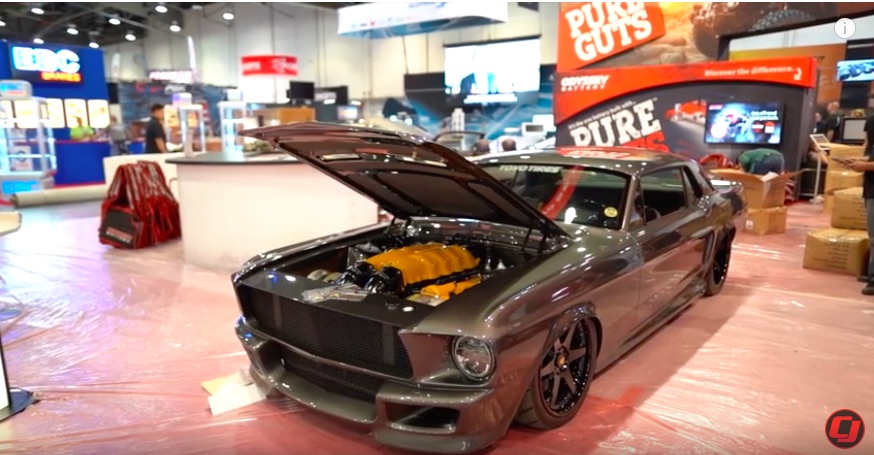 While walking the 2018 SEMA floor last night I came across this car, a Mustang known as Corruptt. The body has been modified in so many subtle ways it will make your head spin. The interior is modern, cool, and neat as a pin, the paint color is cool and it all pales in comparison to the engine. The mill that sends this Mustang down the road is a twin-turbocharged Ferrari V8! The turbos are little T-4 jobs from Ton Nelson. Moving back, a custom adapter was fabricated and a T-56 transmission lives behind the Ferrari engine.

There’s a seemingly fine line this year at SEMA between the fully incredible, totally over the top builds and the stuff that doesn’t quite seem up to snuff. LS-engines abound. Coyote engines are super popular, late model hemi engines are as cool as ice as well.

The mechanical end of the car was done in about a year. The extensive body modifications had already been made but the project was shelved util they got a call to finish the car for SEMA. An AMP EFI MS3 Pro engine management system controls the motor which had not really been run all that much before this show. The car was driven several miles before being brought into the booth.

We dig this thing because it is so well turned out. Yes, the car is over the top but it is not over the top in some weird, ugly way. It is shocking in the most subtle and beautiful way. We are in love!