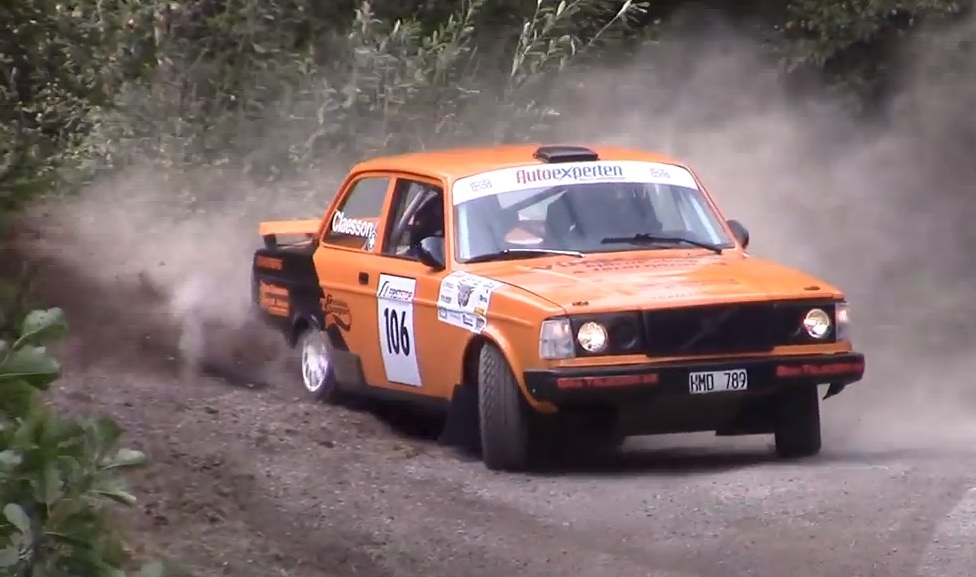 Volvos are the cars of safety, and have been for decades. They aren’t performance darlings out of the box, but are instead meant to be stronger and safer than the truck that carried them to the dealership. The Swedish company prides itself on their vehicle’s safety…even today, their goal is zero roadway deaths. They’ve limited the speeds of their vehicles in modern times. They’ve fretted over every last item of safety that has ever come up…so one would have to imagine a higher-up executive twitching somewhere in a corner office, knowing that some hooligan is preparing yet another 242 or 850 for rally duty. But honestly, if you are hell-bent on taking a car through the woods at triple-digit speeds sideways, doesn’t it make sense to start with a car built by engineers who value the ability of their customer base to walk away from an accident in their cars? Of course it does…that’s why you are all but guaranteed to see one or two of Gothenburg’s finest blasting around dirt roads at rally races worldwide. As a kid, I often joked that there was no such thing as a racing Volvo. I was wrong, for sure. Yes, my aunt Mary’s Volvo wagon sucked, but I think that had more to do with a green Malibu being traded for it sometime in 1988. The 242DL I got to drive like a hooligan in was a very competent sideways machine, a car that adored being flung around on dirt roads. Volvos can handle it…well, up until they can’t. There are limits, after all!  Here is a compilation of footage from rallies taken this year featuring Volvos doing what the company hopes that you will never, ever do: race them!

One thought on “Flying Bricks! Enjoy A Half-Hour Of All-Volvo Rally Footage – Good, Bad And Ugly!”