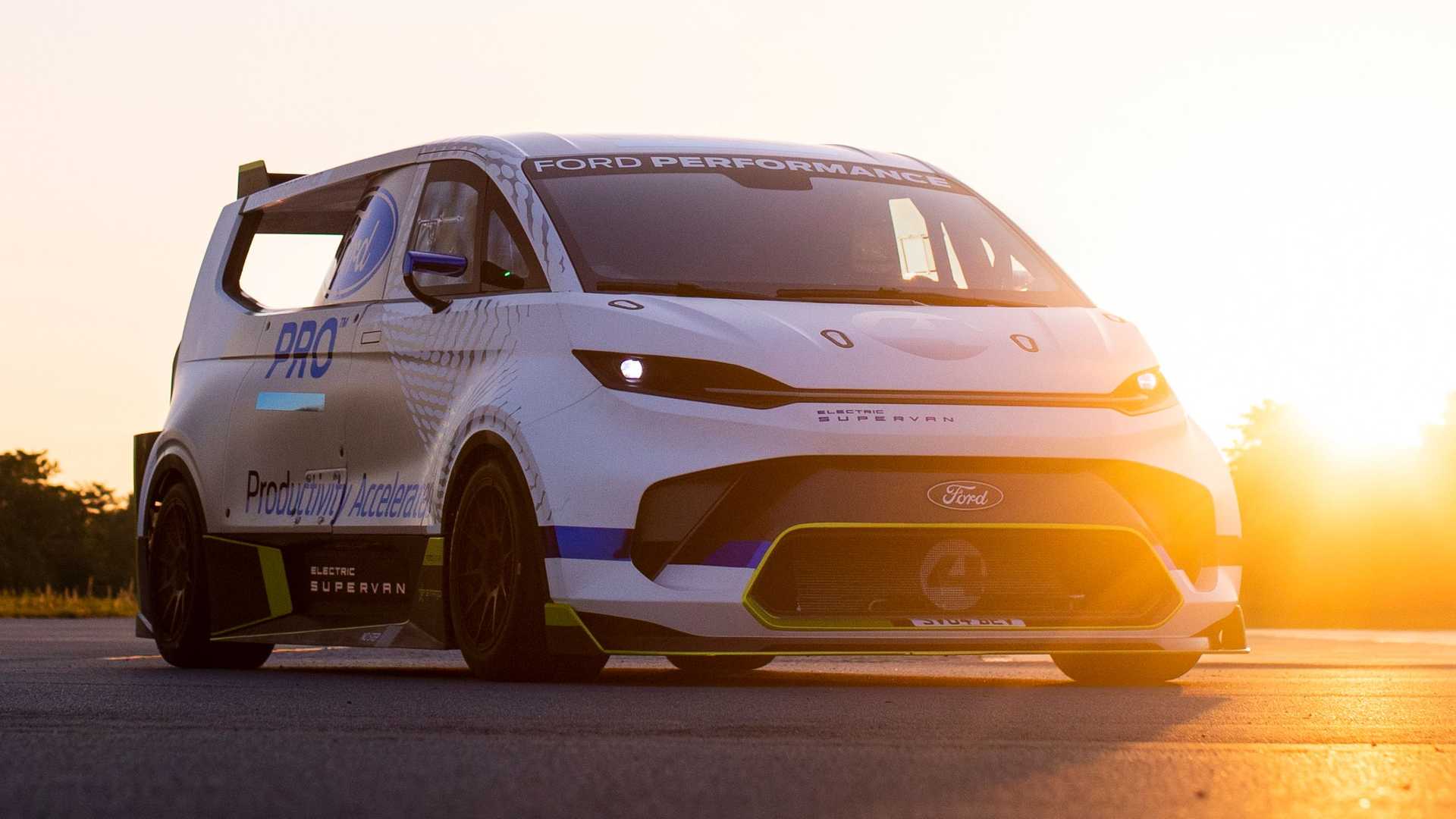 (By Tom Lohnes) – The Ford SuperVan has been a very overcooked part of Ford’s history. Starting as essentially a modified UK-market Transit in 1971. The next two models retained the Transit body, but they got so extreme that the third-gen model used a special tube frame and a V8 from a literal F1 car. Even better, dealerships used these things as promotional vehicles. If you were near a big Ford dealer in the UK in the mid 1990’s, chances are you could go sign a few waivers and then go drive a literal F1 van on the streets. Fun! Well, the SuperVan is back, but this time it is not so street-legal, and a bit more insane. 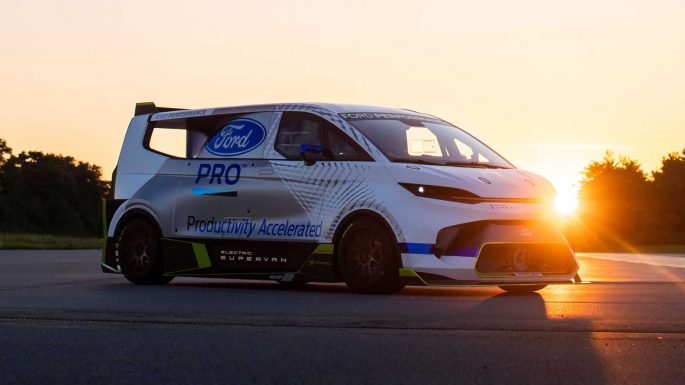 Based off of the new Euro-market E-Transit Custom, the 4th SuperVan retains the original chassis from the van, but adds such niceties as front and rear subframes with parts from various race cars, double-wishbone front and rear suspension, and a full roll cage inside. Also, it has four electric motors in the place of the traditional combustion engine.. How much power do those motors make? Oh, you know, just 1,792, the perfect amount for a compact van. Of course, there is some trick technology involved with all of this power as well. Inside, there is a massive Sync 4 infotainment system specially programmed to display all of the information you need while setting lap records in your 2,000-horsepower minivan. There is a Drift mode, along with Rally, Drag Strip, Track, and Road. Outside, the SuperVan looks utterly ridiculous, and really makes you wonder why Ford’s other EV, the Mach-E, turned out so awkward-looking. 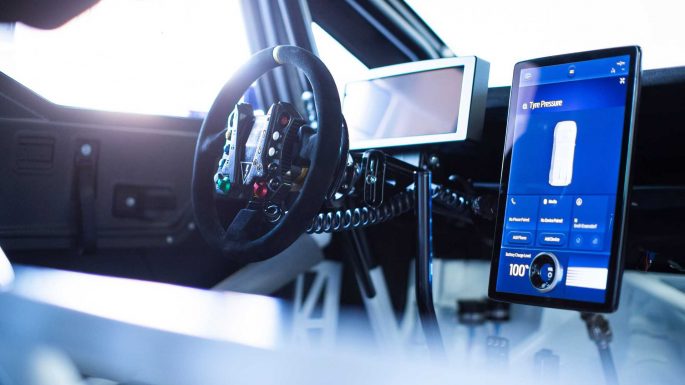 Obviously, this isn’t a new road car, but seeing a van so aggressive looking and fast really is a cool thing. Maybe This will give Chrysler the good idea to green-light that Hellcat minivan we’ve all wanted. Long live the SuperVan!!!