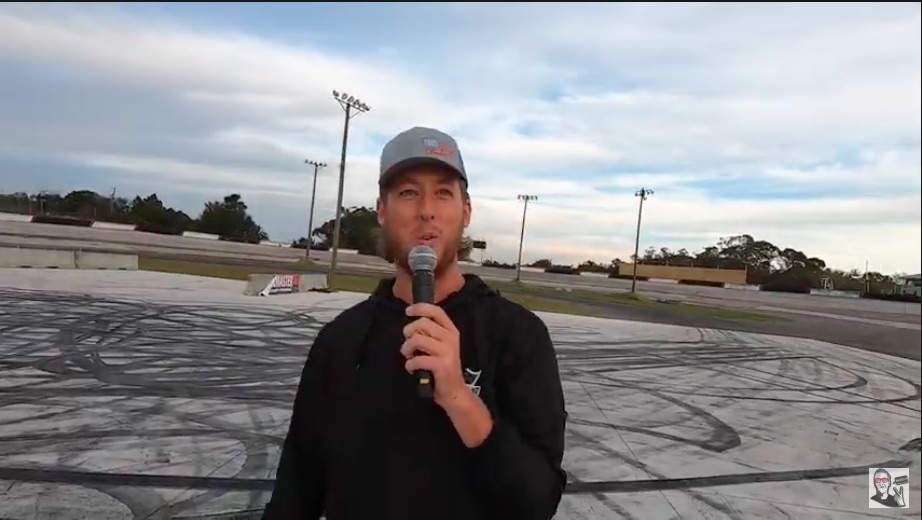 We have been following along with Cleetus McFarland and his quest to restore the former DeSoto Speedway (now the Freedom Factory) back to operational health. He has had some pay per view events and done some really fun stuff so far but he has not opened it to the public and won’t until the place is safe and fully functional. It’s pretty awesome, actually. The guy definitely has a plan, has his act together, and has the best interest of potential visitors, spectators and racers in mind. It would be one thing to just throw the gates open and fix stuff as it breaks but that’s not the way he does business and we can totally respect that.

This video has two distinct parts. The first is an update on the lighting and safety situation at the track and it’s both interesting and pretty freaky. The 90-ft light poles that he has are not really making him feel good, especially after one toppled onto his grandstands a while back. He’s looking to make some moves on that front. The second part of the video shows the new PA system that he has at the track and as a guy who has heard one or two, the thing is bad ass.

One of the most interesting stories in racing continues to get better as the Freedom Factory improvements move ahead. You gotta love this guy. He’s a whole lot smarter than the mullet would lead you to believe and maybe that’s the magic of it all.

Press play below to see the latest update from Cleetus and the Freedom Factory!

Project Henry's Hot Rod Update: Picking Off The Little Stuff And A Late Braking Issue That's A Potential Nightmare The Mistubishi Lancer Evolution Is Coming Back, Kind Of: New Evo Set To Be Electric Crossover