Granddad’s Hot Rod: This Review Of The 1997 Buick Park Avenue Ultra Took Me Back 20 Years 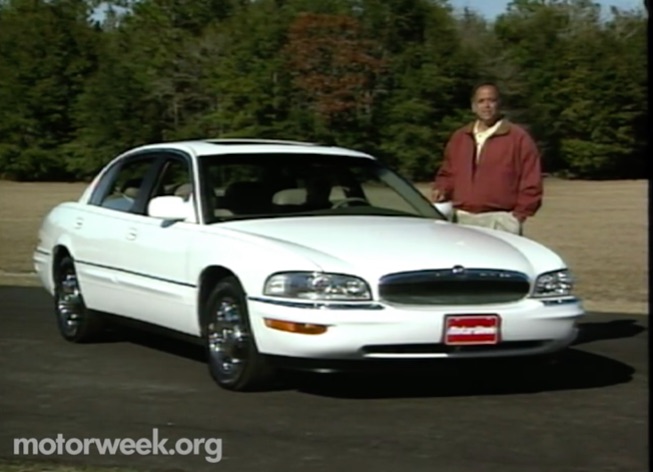 My mom’s dad had been a Pontiac man for a long time before he bought what amounts to the identical car showed in this video. I remember he had a Parisienne followed by a Bonneville, and then it was the luxo Buick. In fact, he and my grand mother scored both the Ultra and a Presidential edition Century the same day. It was good stuff and I was immediately loving the Ultra for the fact that it had a supercharger on it and it had seats that were the most ridiculously comfortable things I have ever sat on in  car. I remember the thing had automatic headlights which was kind of a freaky thing 20 years ago and I remember that when he stomped the pedal cruising with my dad and I, little me was impressed with the amount of scoot the car had.

Buick was killing it in the late 1990s and frankly that makes sense. Their customer base was my grand parents and they aspired to own these cars. These were good cars and stuff that they were prideful to own. Buick slid into some bad times about a decade later when the financial crisis came along. Their aged customer base was not buying cars and they were in a bad way to offer them that they were interested in. GM took the brand in a different direction and I think an effective one. Their product line is now very diverse and you are just as likely to see a younger person in a Buick as you are an older one. If those changes had not been made in direction they’d be gonzo.

I always thought that these were good cars. This video reinforced my biased opinion.

SCSN 13 Gallery: More Photos From The Big-Tire Bash In Vegas! Seeing The 50th Baja 1000 Finish Today Made Us Want This Prerunner GMC

One thought on “Granddad’s Hot Rod: This Review Of The 1997 Buick Park Avenue Ultra Took Me Back 20 Years”