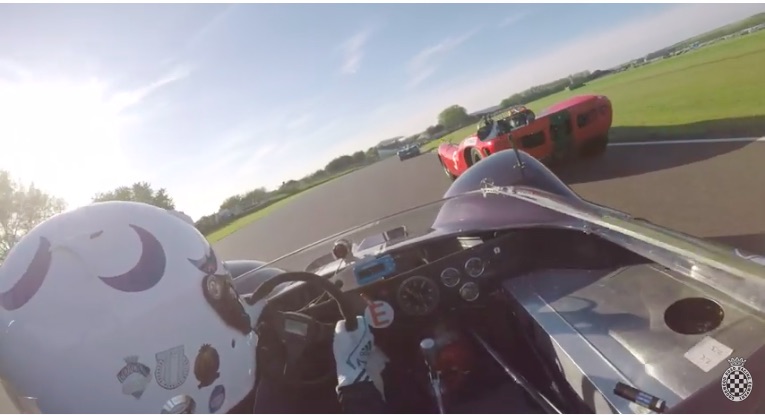 The Can-Am racing of the middle 1960s was all a prelude to what would become the most famous road racing series in the world for a couple of years in the early 1970s. It was also the period of time that racing dorks like yours truly love most about the series because there was still enough privateers involved to make it really interesting and money had not run the thing over yet. Ed Hamill was one of those privateers. This dude built his own cars…from scratch. He built about four of them over the course of his career and two of them were so-called SR3 models. One of them still lives and competes in England at historic events like Goodwood. It is insane.

Lightweight and using a small block Chevy for power, you get the sense immediately that this car wants to kill you and everyone around you at every chance. If you can imagine, the first SR3 actually used a big Oldsmobile engine for power before Hamill decided for the much lighter and equally as punchy mouse for motivation.

Like lots of homespun efforts, the SR3 was not destined to have great success but it was out there, running more than a dozen races. It finished about 25% of them but the fact that the car existed at all and now continues to exist is amazing and somewhere we hope wherever he is, in the vapors or not, Ed Hamill is smiling to know that his 50+ year old hot rod is still screaming and yelling on road courses. So, so cool!

Ride along in the Hamill SR3 at Goodwood – Insane roller skate!

First Look: 2020 IndyCar Aero Screen - What Do You Think Of It? Bug Out 'Stang: This 2009 Ford Mustang Has 11" Of Suspension Travel, And Exocage, and An Evil Demeanor