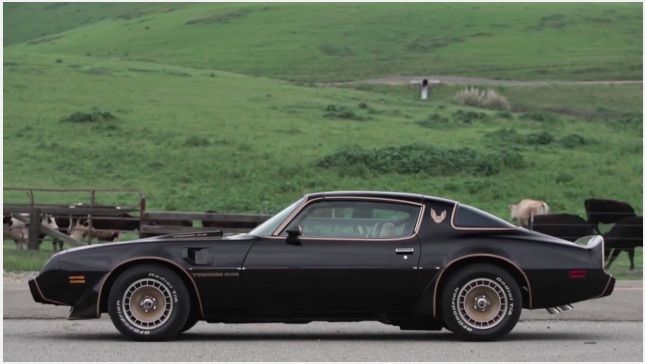 God bless ’em they were trying. They of course were the engineers at various car companies in the late 1970s and early 1980s and what they were trying to do was make horsepower in any way possible. Cars had been choked to death by emissions and insurance regulations, they had been uglied up by the mandate of the huge dumb bumpers, and everything was a lot more crummy than it had been a short while ago. The always pluggy Pontiac brand was putting up more of a fight than most. Their radical Super Duty cars stood in the ring until 1974 and their 400ci engine was available until 1979. After that the cars got an Olds 403 or the truly anemic Pontiac 301ci engine.

Somehow, somewhere, an engineer got the idea that a turbo on the 301 would wake it up and possibly keep them on the friendly side of the emissions patrol. That guy was right and for two model years (1980 and 1981) you could option a turbocharged 301ci engine in your Firebird. Making 200hp, it was not all that good, reliable, or powerful but it was something.

In this episode of Big Muscle, Mike Musto takes an amazingly clean example of am early 1980s turbo 301 Firebird and cruises it. Along the way he tells us about the high and low points, the stuff he loves and hates, and how close the engineers were to getting it right.

Hey, if nothing else it was among the world’s first mass produced turbocharged V8 engines. It didn’t work well but now we are just splitting hairs. Or not.

Nine To Go: This 1971 Chrysler Town & Country Wagon Is Too Good! NASCAR Fire Sale! Want A Killer Car Hauler Or Your Own Stock Car? Check This Auction Out!