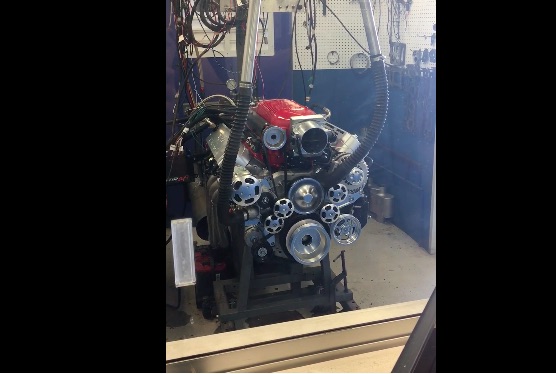 Yeah, we know that “displacement days” are normally based around factory engines but we thought it was worth it to recognize one of the most popular stroker combinations of the modern age in the 416ci LS combo that is all the rage these days. Basically the L92, LS3, and L99 engines are all based on the same block. There are variations between the three when we get into cam specs and stuff but as far as the bones go, one need to essentially hone the bores .005-in and then stuff a 4.000 inch crank into the bottom of the block and you have 416ci. This has become an amazingly popular program and like all modern engines, adding boost to a displacement increase makes it exponentially better.

As much as the world wants to moan and complain about the LS engine (and we get it) this platform has put more horsepower into the hands of cheap ass hot rodders than anything since the small block Chevy debuted in the 1950s. This 416 is everywhere. I see variations on the theme all over the place and one cannot turn their nose up at the power these things are making in both NA and boosted form.

So the 4.070 bore and the 4.00 stroke is the magic combo here and the videos below tell the tale!