Here’s The First Video Of Jet Hot’s Awesome Double Down Running And It Sounds GOOD! 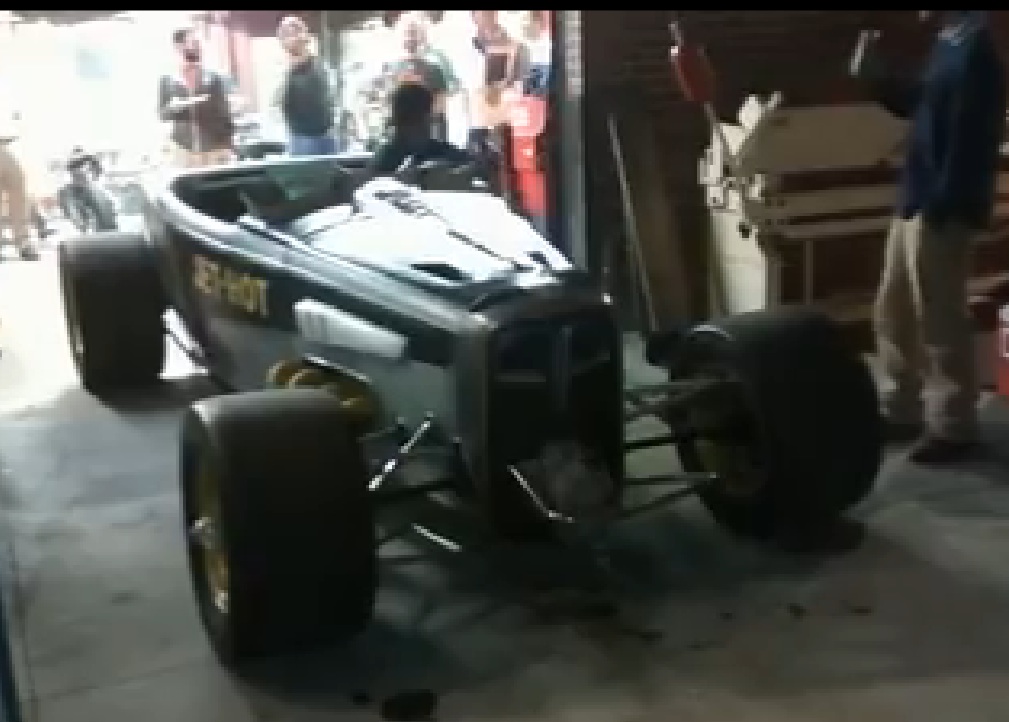 Our pal Brian Medford posted this video to his Facebook page. It seems that the scurvy jerk was hanging out with Bryan Fuller at his hot rod shop recently and while there the car was fired up to let the big Boss Ford V8 make some noise. Kurt Urban had his hands on that engine so we know for a fact that it makes some read suds and breathing through the large diameter open headers, is sounds downright furious. Now we’re not going to give you the wrong idea. He doesn’t wail on it or get crazy, but he fires it up, the throttle may get wrapped, and the sounds of the big Ford idling can be heard clearly on the low-fi video. As Medford said, Fuller was playing “the song of our people. We agree!
Crank the speakers and press play to hear the Jet Hot Double Down (which we realize that we have been freaking out over at every turn) roar to life for one of the first times in front of a camera!
Post by Classics Brian.
Random Car Review: The LaForza...It's Part Ford, Part Italian, And More Practical Than A Pantera FAIL: Watch A Rickety Truck On Massive Tires And Axles Fold Up Like A Blanket While Trying To Jump A Junker

3 thoughts on “Here’s The First Video Of Jet Hot’s Awesome Double Down Running And It Sounds GOOD!”