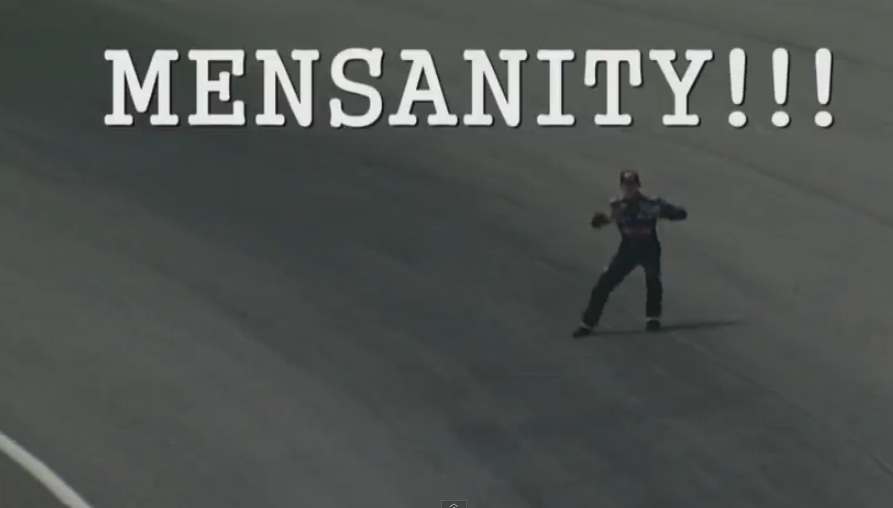 When you combine elements of an old school drag strip screamer ad, horrendously cheap special effects, and a tongue planted firmly in a cheek, you get the hilarious ad below which was made by Indianapolis Motor Speedway to promote this weekend’s Brickyard 400 stock car race at the massive, historic track. The bloom has come off the rose some with regard to what was once one of the most coveted tickets on the NASCAR tour. Like all things, it has become part of the annual routine on the tour and perhaps people don’t see it as that big a deal anymore. We don’t know for sure but that’s our theory….we’re full of ’em just ask.

Anyway, back to the ad. It is intentionally cheap looking, it uses cheesy graphics and effects, weird jokes, and funny voices. Basically it hits us right in the wheelhouse because we’re mentally 10 years old….and most of you are too. The thing that we like best about it is that it’s FUN. Somewhere along the line, sanctioning bodies decided that fun was not an essential part of the package and it is. There needs to be safety, there needs to be rules enforcement, but there also needs to be a level of understanding that what you’re doing isn’t curing diseases or stopping wars. The race exists only because people want to come and watch it. They want to do that because they have FUN at the races.

Kudos for IMS for having fun and not being all stuffy. We laughed and watched this like five times. Double kudos for whatever social media person had the sack to fight for this idea because it worked like a charm. The video is showing up EVERYWHERE.

The Most Valuable Collection Of 10 Ferraris The World Has Ever Known Will Be Auctioned In A Few Weeks - This Is Amazing Project Raven: It's The Little Things That Will Kill You