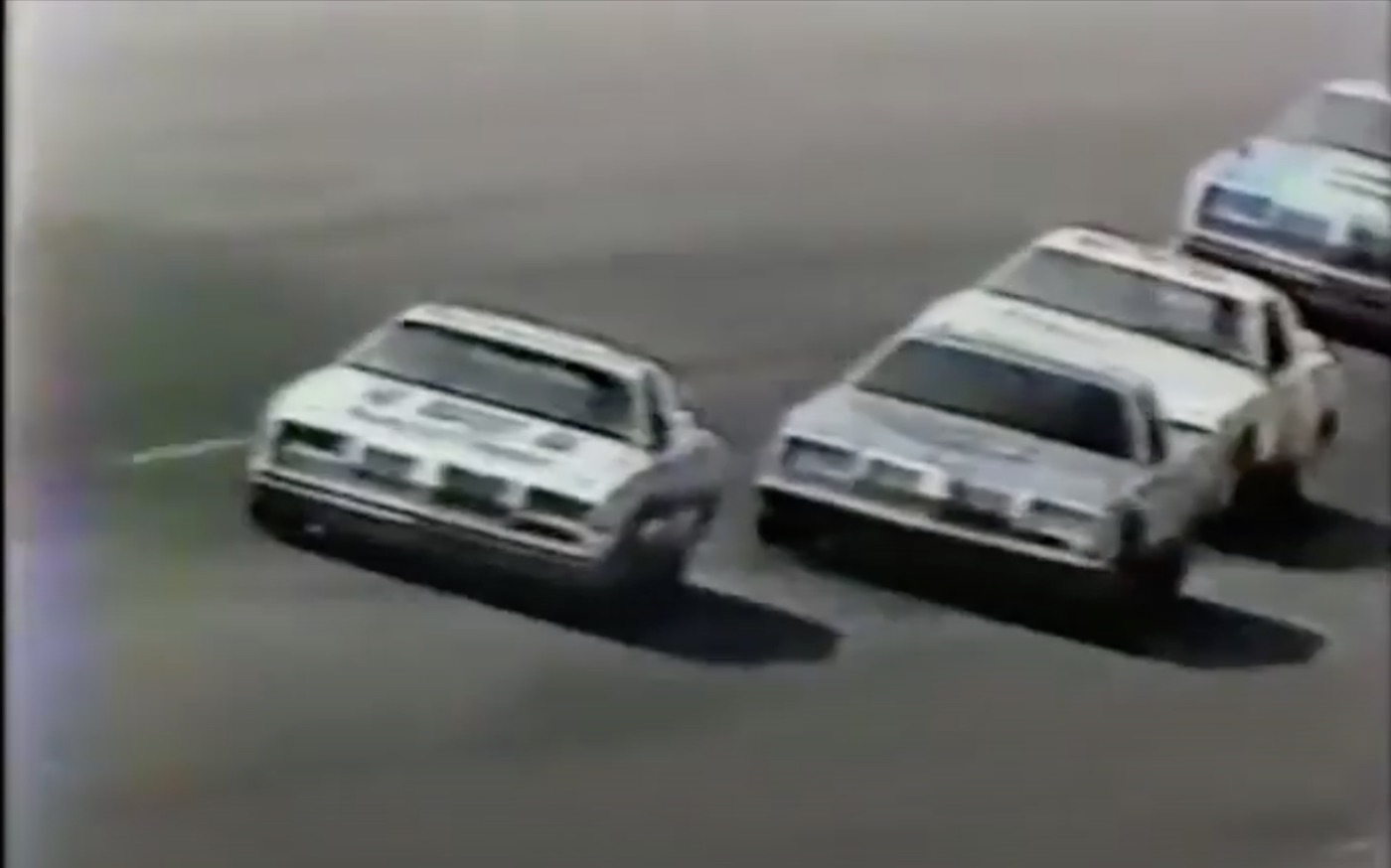 If you have never experienced a Southern summer day, you won’t be able to quite grasp the important aspect of the 1979 Talladega 500, so let’s explain that real quick. The air is hot soup. When you wake up at the crack of dawn, everything feels damp. The dew is thick, The grass might as well be seaweed. You can squeegee-clean a car in those early morning hours, it’s that humid outside. It’s not pleasant…you sweat instantly, even in the cool air. But enjoy the cool air, because that doesn’t last long. By mid-day, you’re in a sauna. From experience, the only situation I’ve been in where this kind of heat and humidity occurs naturally is along the Persian Gulf waterfront in Kuwait in mid-summer. And just like that place, the heat can be straight-up deadly. Ten minutes of it and you’ll notice the weight loss. An hour and you’ll be able to wring your clothes out…if you make it that far. And that’s if you’re just hanging around.

Got the idea? Now imagine you’re in a fire-breathing race car that gets hotter than Hell normally. You’re in a full firesuit, you’ve got five hundred miles to drive at a top pace with a whole field full of drivers who’d love nothing more than to put you into their rear-view mirror. There’s old names: Neil Bonnett, Benny Parsons, Buddy Baker. There’s other young guns too: Kyle Petty is trying to make the Dodge Magnum that his dad Richard had finally walked away from work, Ricky Rudd is running a Junie Donlavey Mercury, and Bill Elliott is running a former Bobby Allison Mercury. And just for that cherry on top, you’re suffering from the flu bad enough that two days prior, you were in the hospital. Sounds like it’s time to tell the backup guy to get suited up while you tell the boss that you’re going to Fort Living Room to take part in Operation Chicken Soup? Any sane individual would have. But Darrell Waltrip didn’t. 32 years old and headstrong, Waltrip might have been ready to puke at any second, but with a backup driver at the ready, he hopped into his Oldsmobile and proceeded to run his heart out for the whole stretch of the race. Enjoy!

Thrill Show Hero: This Wacky 1940s Film Made By Dodge Promotes Safety and Toughness With An Odd Storyline The Rookie: A Conversation With Nitro Funny Car Racer Alex Miladinovich - How To Race A Funny Car On A Regular Guy Budget