IMSA GT Action Photos From VIR: The Skies Were Gray, The Ground Was Wet, The Cars Were Fast! 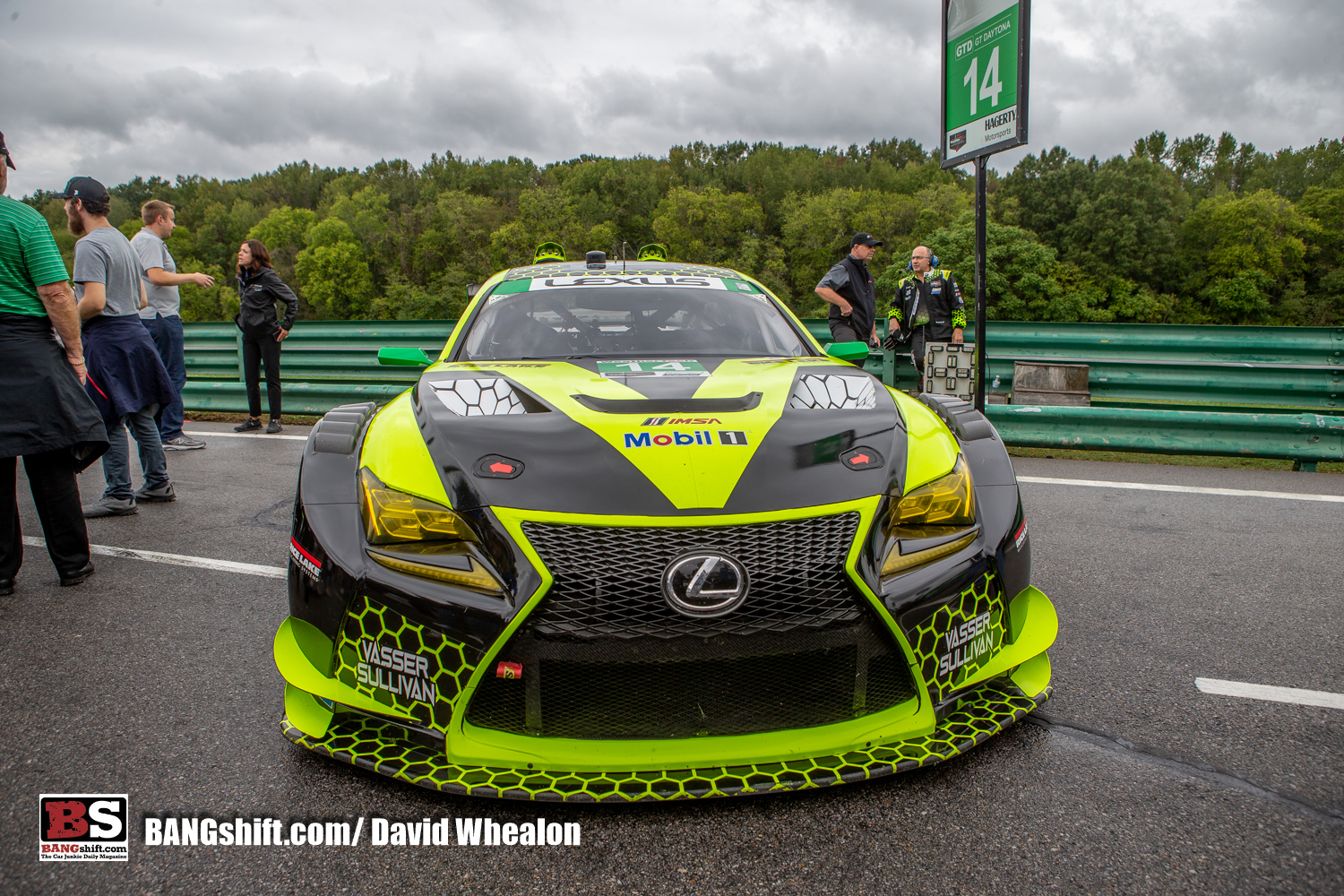 (Photos by David Whealon) – Maybe it’s the fact that we love the look of a factory based car modified to be an all-out racer, but when it comes to the world of road racing we love GT cars beyond the open wheelers and prototypes. No, they are not as fast as that stuff but when you look at the variety of shapes, the variety of engine types, and the fender banging action that these cars often find themselves involved in, the entertainment factor is really damn large. Oh, add in some rain and wetness as well while we’re at it, ok?

That was the scene at VIR for the recent running of the Michelin GT Challenge race put on by IMSA. David Whealon was there to capture not just action on the track but some in the garages and paddock as well. Hey, we always call ’em the pits but these guys don’t so we’ll go with paddock this time.

This is a great cross section of cars and a neat peek at one of the coolest road racing events on the East Coast!