Babs: The Incredible Story Of A Land Speed Record Holding Car That Was Buried For 42 Years! 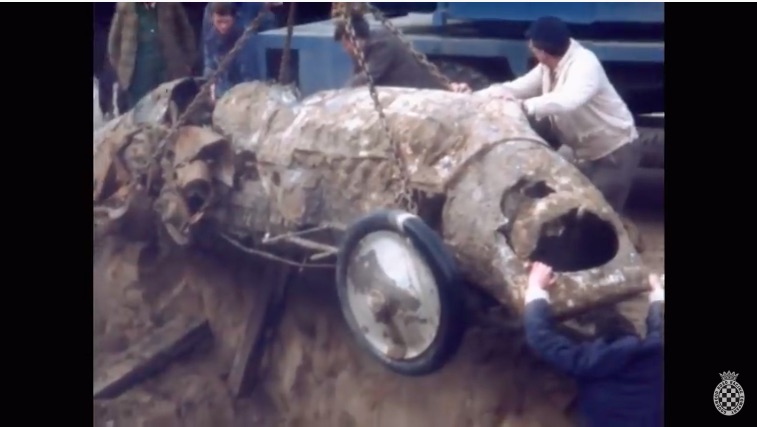 Burying stuff is a very human thing, right? The word can be used in a multitude of different contexts, the act itself is kind of symbolic of a lot of stuff, and usually whatever gets buried is put there with the intention of having it never see daylight again, ever. That was the intention when one of the fastest cars in the world was buried in the 1940s after its owner and driver was killed on an English beach seeking to get the land speed record back. The machine, built in the 1920s was called Babs and it captivated people across the globe with its feats of strength and speed.

This video is incredible because we get the competition history of the car, the tragedy and caused it to be buried in the sands of a beach, and how it was improbably rescued and restored to working order.

This is not some sort of a stage prop. The car works as well as it did the day it was built and it gets raced! Seriously, we’re going to meet the owner in this video and the dude has the huge car out to Goodwood and he’s beating the brakes off the thing on some trips up the hill.

This is one of those great stories that we never knew existed. We had seen photos of the car and heard about its wreck and the fatality but we ha zero idea about the burying and saving of a speed icon!

Press play below to see the truly incredible story of Babs a 180mph car!

8 thoughts on “Babs: The Incredible Story Of A Land Speed Record Holding Car That Was Buried For 42 Years!”