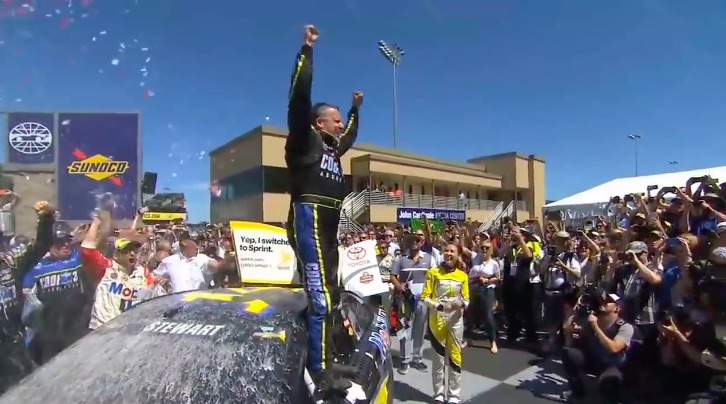 Race cars are ultimately tools or implements designed to get a specific job done in a specific way. They are not things that have feelings, a brain, or the ability to communicate. Well, sometimes we don’t believe that but the honest answer is that they are steel, rubber, plastic, and other basic materials crafted into a complex system to take on the competition. They are all part of an evolutionary process and like people, once they are fully formed up, they are kind of stuck in that particular part of the evolutionary process. Sure, minor things can be done but as time marches on, the race car stays in the form. This is why old race cars, typically, have reasonably inglorious lives once they are out of the spotlight.

Take the story of this car, the last one that Tony Stewart ever won a race in. During his final season, Stewart was not a huge factor. His stuff was not that fast and while he ran OK, it was a far cry from his dominating days earlier in his career. He dad manage one awesome win in Sonoma and that was a dramatic affair that was won on the last corner of the last lap. You’ll see the highlights in this video.